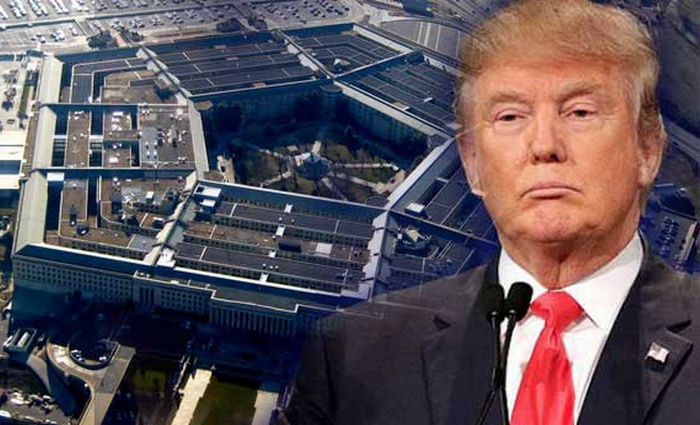 President Donald Trump has given the military the authority to reset a confusing system of troop limits in Iraq and Syria that critics said allowed the White House to micro-manage battlefield decisions and ultimately obscured the real number of U.S. forces.

The Pentagon, which confirmed the move on Wednesday, said no change has yet been made to U.S. troop limits. It also stressed the U.S. strategy in Iraq and Syria still was focused on backing local forces to fight Islamic State — a tactic that has averted the need for a major U.S. ground force.

But the shift on troop limits was another sign of the greater authority Trump appears comfortable giving his military commanders to make battlefield decisions and could allow for more rapid increases in troop levels in the future.

The Force Management Level system was introduced in Iraq and Syria during Barack Obama’s administration as a way to exert control over the military.

Obama periodically raised FML limits to allow more troops in Iraq and Syria as the campaign against Islamic State advanced.

But the numbers did not reflect the extent of the U.S. commitment on the ground since commanders found often less-than-ideal ways to work around the limits — sometimes bringing in forces temporarily or hiring more contractors.

The force management levels, which are officially at 5,262 in Iraq and 503 in Syria, are believed to be more than a couple of thousands troops shy of the actual number of U.S. forces in both countries.

«We want our reporting to Congress and to the public to be more easily and clearly understood», White said in a statement, which was reported earlier on Wednesday by BuzzFeed News.

«We will conduct a review to ensure that the numbers we provide to Congress and to the public accurately reflect the facts on the ground. This is about transparency».

Proponents within the U.S. military of changing the system also argue that bringing that decision-making authority to the Pentagon from the White House will allow more flexibility in responding to unforeseen developments on the battlefield.

Replacing the force management level system with something more transparent could be a tricky task, not least because of political sensitivities about U.S. forces in Iraq.

Influential Shi’ite cleric Moqtada al-Sadr already has called on Iraq’s government to order the withdrawal of U.S. and allied forces after the battle to retake the city of Mosul from Islamic State is complete.

The Iraqi and U.S. governments, however, have signaled the need for a continued U.S. military presence. How large that would be has yet to be determined.

Too much information about the comings and goings of U.S. troops, particularly if announced in advance, could give information to enemy, experts say.