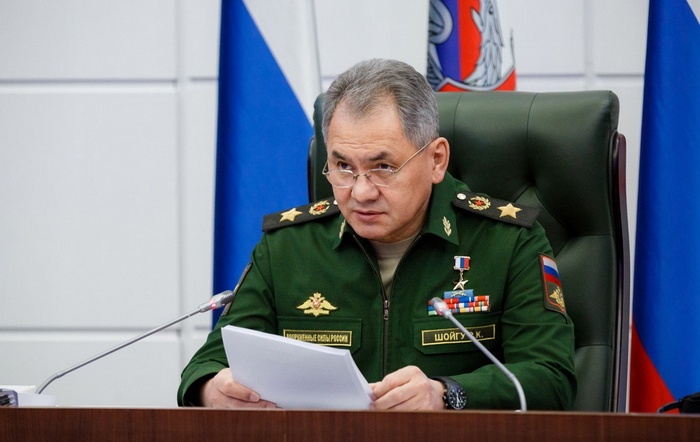 Russian Defence Minister Sergei Shoigu complained on Wednesday that a U.S. missile strike on a Syrian air base earlier this month had posed a threat to Russian troops and was forcing Moscow to take extra measures to protect them.

Speaking at a security conference in Moscow, Shoigu restated Russia’s view that the strike — which Washington conducted in response to what it said was a deadly chemical weapons attack by Syrian government forces — was «a crude violation of international law».

U.S. officials said at the time that they had informed Russian forces ahead of the strikes. No Russian personnel were injured in the attack.

As well as housing Syrian military jets, satellite imagery suggested that the base which was struck was home to Russian special forces and military helicopters, part of the Kremlin’s effort to help the Syrian government fight Islamic State and other militant groups.

«Washington’s action created a threat to the lives of our servicemen who are fighting against terrorism in Syria», said Shoigu.

«Such steps are forcing us to take extra measures to ensure the safety of Russian forces».

He did not specify what those measures were.

The Russian Defence Ministry said after the U.S. strike that Syrian air defenses would be beefed up, while Prime Minister Dmitry Medvedev complained that the attack was just one step away from clashing with the Russian military.