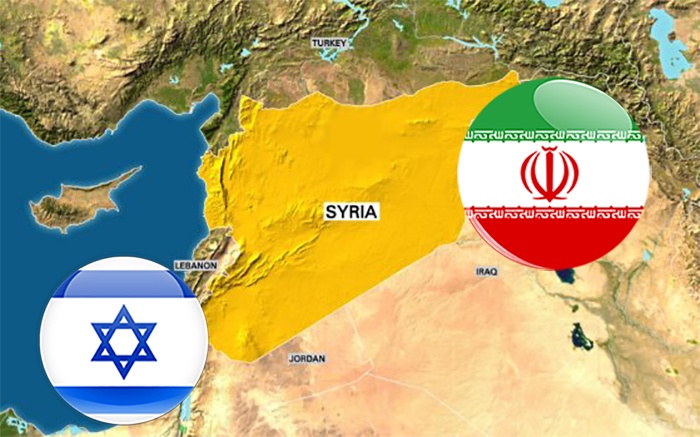 Israel is seeking an «understanding» with the Trump administration that Iran must not be allowed to establish a permanent military foothold in Syria, Israel’s intelligence minister told Reuters on Wednesday.

In an interview, visiting Intelligence Minister Yisrael Katz said he was also using his meetings with White House officials and key lawmakers to press for further U.S. sanctions on Iran and the Iranian-backed Lebanese militia Hezbollah, which is supporting Syrian President Bashar Al-Assad.

«I want to achieve an understanding, an agreement between the U.S. and Israel… not to let Iran have permanent military forces in Syria, by air, by land, by sea», Katz told Reuters, saying this should be part of any future international accord on ending Syria’s six-year-old civil war.

Katz, a member of Prime Minister Benjamin Netanyahu’s right-wing Likud party, insisted, however, that Israel was not asking Washington to commit more forces to Syria, but to «achieve this by talking to the Russians, by threatening Iran, by sanctions and other things».

There was no immediate comment from the White House.

For its part, Israel has stayed mostly on the sidelines in the Syrian conflict and has shown no sign of significantly altering that posture.

It has carried out only occasional air strikes when its has felt threatened, including by the delivery of weapons to Hezbollah militants.

Israeli officials have estimated that Iran — Israel’s regional archfoe, but also that of Saudi Arabia and other Sunni Arab states — commands at least 25,000 fighters in Syria, including members of its own Revolutionary Guard, Shi’ite militants from Iraq and recruits from Afghanistan and Pakistan.

Katz’s visit came just a week after Secretary of State Rex Tillerson accused Iran of «alarming ongoing provocations» to destabilize countries in the Middle East as the Trump administration launched a review of its policy toward Tehran.

Tillerson said the review would look not only at Tehran’s compliance with a 2015 nuclear deal, but also its behavior in the region.

Trump, who may visit Israel as early as next month, has adopted a tougher stance against Assad.

He ordered cruise missile strikes on a Syrian air base this month after blaming Assad for a chemical weapons attack that killed at least 70 people, many of them children.

«It was important morally and strategically», Katz said of the U.S. strikes.

The Syrian government has denied it was behind the gas attack.

Israeli officials want Russia, which they see as holding the balance of power among Assad’s supporters, to use its influence to help rein in Iran’s activities in Syria.

Though Russia has shown no willingness to restrain Iran, Israeli officials say there are indications that Moscow may see any long-term Iranian military presence in Syria as potentially destabilizing.

Katz reiterated Israel’s vow to continue launching occasional air strikes in Syria against Hezbollah forces detected transporting rockets or other weapons toward the Lebanese border, which he described as a «red line».