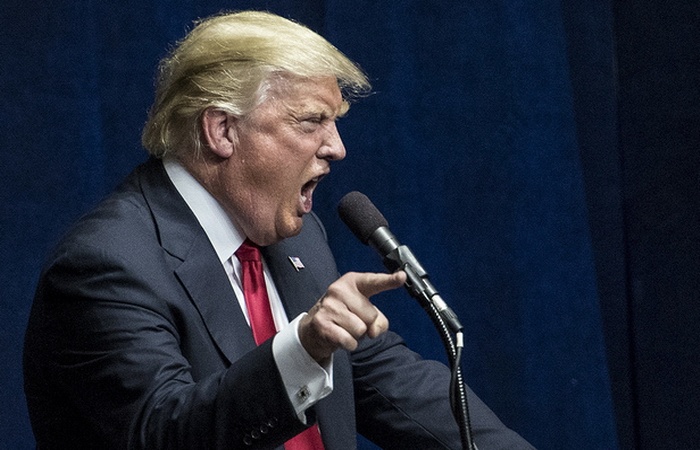 Trump is getting back to the tone of threat with new missile strikes on Syria due to his hesitation in facing the North Korean challenge of..

Are we expecting a new chemical massacre in the countryside of Damascus?
And how the Russian response will be?

US President Donald Trump has expressed on Monday his disappointment that the UN Security Council failed to act in response to the chemical weapons attack in the town of Khan Sheikhoun in Syria.

He also demanded the Council at a lunch ceremony with ambassadors of states members the need to impose new sanctions on North Korea which he considered their nuclear testing and the development of ballistic missiles, a major global problem that must be solved.

We will leave North Korea aside for now; and let’s focus on Syria and the crime of the chemical weapons, which is currently contested by the lack of impartial international investigations to determine who is responsible of it.

First, we don’t know what President Trump wants from the Security Council to do in order to respond on this crime, especially after taking unilateral action and bombing the Shuyrat Syrian Air Force Base with more than 59 Tomahawk missiles, without obtaining any authorization from the Council or waiting for a decision to criminalize the responsible of this crime and identify it.

Trump’s words are worrying, because it brings to mind what UN Ambassador Nicky Healy said that her country could strike again in Syria if the Security Council doesn’t meet its responsibilities.

What brings us to this belief, is the existence of the same concerns at the Russian leadership, the fact that Mr. Mikhail Ulyanov, the director of the non-proliferation and arms control division of the Russian Foreign Ministry, that he’s not excluding the possibility of «new representations of this kind (use of chemical weapons) in Damascus countryside or elsewhere Syria in the near future» and stressed that «there is no evidence that the Syrian authorities have hidden even one kilogram of chemicals after the destruction of its arsenal under the supervision of international experts».

Russian Foreign Minister Sergei Lavrov said that his country still hopes to send experts of impartial investigation commission to Khan Sheikhoun and to the Al-Shuyrat military airfield to launch the investigations and ensure a wide geographical representation of experts.

President Trump cannot launch missile strikes on North Korea, which their leader has threatened to preemptively destroy the US aircraft carrier Carl Vinson, which is still sailing to its territorial waters with a group of warships and hit South Korea with nuclear weapons if its country is attacked, But on the other hand Trump might «bully» Syria and send dozens of missiles again to strike military targets, knowing in advance that the chances of Syrian response are weak, if not zero.

We’re not excluding the fact that the situation will be different at the second time, if the US president tries to repeat the missile strike, several military reports indicate that about 36 rockets have not reached their targets at Al-Shuyrat airport, which resumed operations the following day and the possibility of being intercepted by the Russians or Syrian «S-300».

Some may argue that the missile bombardment on the Al-Shuyrat Air Force Base in Homs province may have caused no significant material losses, but it achieved political goals.

It confirmed America’s retreat from any partnership with the Syrian President and his government, whether against the Islamic State or other powers and ended the agreements with the Russians in Syria, but these political goals may be counterproductive, and make the Russian leadership away from any coordination with its US counterpart in Syria, politically and militarily.

The North Korean leadership defied President Trump and showed his reluctance and hollow threats by preparing to move from defense to attack and threatening to respond equally to any US nuclear or conventional strike.

Let’s not forget that China and Russia are their main allies, and if Russia cannot, Or perhaps don’t want to respond to the US missiles in Syria, it may have left this response to the North Korean ally if necessary…