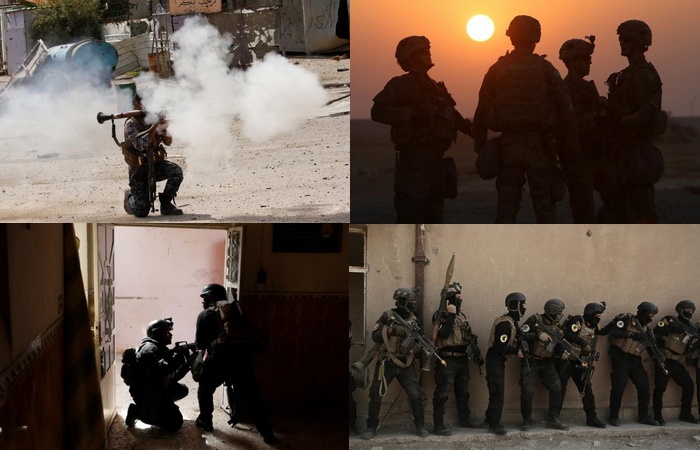 Iraqi forces are using siege and stealth tactics to drive Islamic State militants out of Mosul’s Old City, an Iraqi general said, as his forces sought to minimize casualties among hundreds of thousands of people trapped in the cramped, historic neighborhood.

Explosions from two car bombs could be heard nearby as Lieutenant General Abdul Ghani Al-Assadi spoke to Reuters at his command post on Monday, and a Reuters correspondent saw thick smoke rising from the blasts.

«Most houses in the Old City are very old and its streets and alleyways are very narrow», said Assadi, a commander of Iraqi counter-terrorism units in Mosul.

«So to avoid civilian losses we are using siege, but that does not mean we will not enter the Old City».

Assadi said his units were refraining from engaging enemy forces in positions where the militants were holding civilians as human shields.

«Using very careful methods and considerations, we will liberate our people from Daesh», he said, using an Arab acronym of Islamic State.

Government forces have surrounded the militants in the northwestern quarter, including the Old City, home to the Grand al-Nuri mosque, where their leader, Abu Bakr Al-Baghdadi, declared a «caliphate» over parts of Iraq and Syria.

With food and water becoming scarcer in neighborhoods of Mosul still under IS control, up to half a million people are believed to be trapped there, including 400,000 in the Old City alone, according to United Nations estimate.

Lise Grande, the U.N. Humanitarian Coordinator for Iraq, told Reuters last week fighting in the Old City could lead to «a humanitarian catastrophe, perhaps the worst» in the three-year war to evict Islamic State from Iraq.

International aid organizations have estimated the civilian and military death toll at several thousand since the U.S.-backed offensive by government forces to retake Mosul began in October.

More than 330,000 people have been displaced so far, according to the International Organisation for Migration.

«Humanitarian partners are preparing contingency plans for a number of different displacement scenarios in western Mosul, including for a possible mass outflow of 350,000-450,000 civilians, or a siege-like situation of the Old City», the U.N Office for the Coordination of Humanitarian Affairs said in a report on Tuesday.

Mosul, the largest city in northern Iraq, was captured by Islamic State in mid-2014, but government forces have retaken most of it, including the half that lies east of the Tigris River.

The Iraqi military gained additional ground on Tuesday, dislodging the militants from Hay al-Tanak, one of Mosul’s largest districts by area, on the western edge of the city.

«This is a guerrilla war, not a conventional one, so we cannot estimate how long it will take; Daesh is fighting house to house».

The Iraqi military estimate the number of Islamic State fighters who remain in Mosul at 200 to 300, mostly foreigners, compared with about 6,000 when the offensive started.

The militants «don’t let themselves get captured», said Assadi.

«They came to die and the majority of them are now in hell».