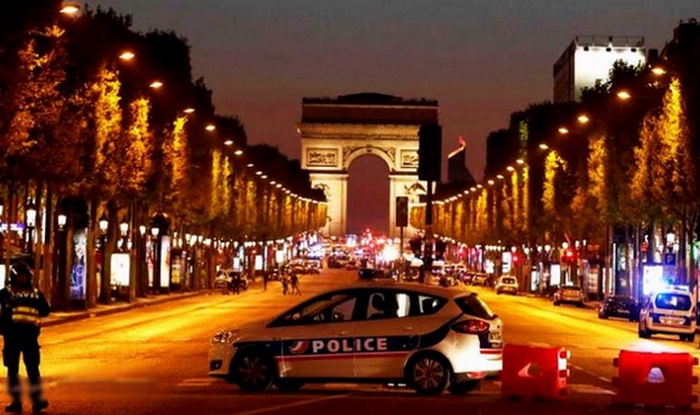 France has just become the victim of a new terrorist attack, three days before the first round of her Presidential election.

For Thierry Meyssan, Paris needs to stop talking rubbish and realize the importance of what this means.

International terrorism, in which France herself participates, is commanded and used – even against her – by certain of her NATO allies.

At the beginning of 2017, we were informed that jihadists were preparing actions which were intended to force France and Germany to postpone their elections.

It was not easy to discern:

whether the aim was to postpone the French Presidential election (April-May), or the French parliamentary elections (June), or both;

whether France was a target in itself, or if the actions in France were a preparation for future actions against Germany.

Among the candidates for the Presidential election, only François Fillon and Marine Le Pen have criticized the support offered by France to the Muslim Brotherhood.

Fillon has even made it one of the recurring themes of his campaign.

We alerted our readers that the Press campaigns and the legal affairs launched against Donald Trump in the United States, and against François Fillon in France, were commanded by the same groups.

We wrote that according to Mr. Trump & Fillon, «… it will not be possible to restore peace and prosperity without first putting an end to the instrumentalization of Islamic terrorism, without freeing the Muslim world from the ascendancy of the jihadists, and without attacking the true source of terrorism: the Muslim Brotherhood».

At that time, the French, believing wrongly that the Muslim Brotherhood was just a movement within the Muslim religion, did not react.

Later, I published a book, Right Before our Eyes. From 9/11 to Donald Trump, whose second part describes in detail, and for the first time, how this secret organization, created and controlled by MI6, is run by the British secret services.

It is this Brotherhood which, since the Second World War, has been attempting to transform Sunni Islam into a political instrument.

All the leaders of jihadist groups without exception came from the Brotherhood — from Oussama Ben Laden to Abou Bakr Al-Baghdadi.

On 26 February, without explanation, François Fillon published a communique which was widely criticized:

«We find ourselves in an unprecedented situation: less than two months from the Presidential election, we are in a state of quasi civil war which is disturbing the normal course of the campaign (…) I say again that we are in a state of emergency, and yet the government does nothing (…) Today, in my role as ex-Prime Minister, as an elected member of the Nation, I solemnly accuse the Prime Minister and the government of failing to guarantee the conditions for a serene exercise of democracy.

They have a very heavy responsibility in allowing a state of almost civil war to develop, and which can only profit the extremes (…) Whoever the candidates are, they must have the right to express themselves, and the government must take the necessary measures so that the rioters and the enemies of democracy cease disrupting the Presidential campaign».

On 17 April, the Police National informed the four main candidates that there were threats to their security, and reinforced their protection.

On 18 April, M.(29 years old) and Clement B.(23 years old) were arrested while they were preparing an attack during a meeting in support of François Fillon.

On 20 April, a policeman was killed and two others seriously wounded during an attack on the Champs-Elysées.

François Fillon and Marine Le Pen cancelled the journeys they had planned for the 21 April.

Following the movement, and although here was no real threat to him at all, Emmanuel Macron did the same.

The responsibility of the next President of the French Republic
The security of the French people will be a central issue for the next five-year Presidential term. This question is all the more complex in that the recent terrorist attacks perpetrated on French soil have implicated three of France’s NATO allies – the US deep state, the United Kingdom, and Turkey.

In my latest book, I indicate that while the responsibility for these attacks was claimed by President Recep Tayyip Erdoğan and his Press, they were carried out by «independent commandos, with the exception of a common operator, Mohammed Abrini of MI6» (p. 231).

For years, the successive governments of Nicolas Sarkozy and Alain Juppé, and also the government of François Hollande and Laurent Fabius, have hidden their criminal activities from the French people, and the consequences for which they are responsible — terrorism intra muros.

It is absurd to believe that Al-Qaida and Daesh could be in possession of so much money and weaponry without the support of major states.

It is absurd to believe that France could have participated in the remodeling operations in the «Greater Middle East» without suffering the counter-attacks.

It is absurd to believe that it will be easy to fight international terrorism when it is commanded by our own NATO allies.