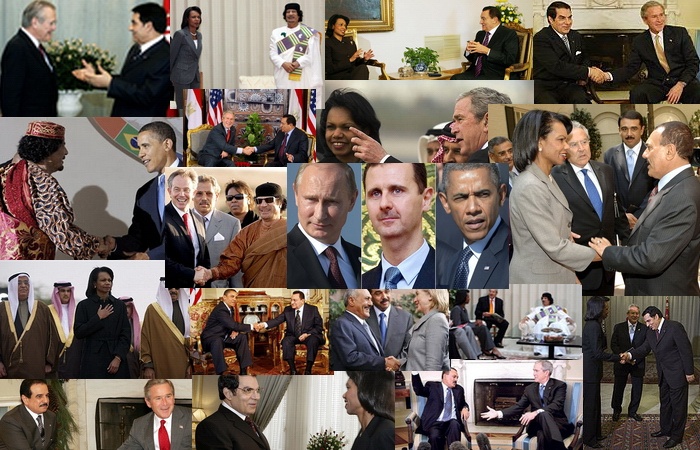 The period between the previous parts of our story has been long overlooked, because the story has reached its most difficult stage, with much tatty details with conflict in opinions & standings.

For that it’s so very difficult for any person to speak about it impartially without taking sides as much as possible.

The fact that everyone has to realize, after we’ve seen everything that has happened in Syria to this very day, all the sides that are involved in this conflict have a responsibility & there is no clean & innocent side that never committed cruel acts & crimes.

For that reason frankly, it was the hesitation in search for this story in order to continue talking about it that dominated me & prevented me from continuing with this series, but then however it was important to keep going.

Our world in brief has no angels.

No just fair rule & no justice — no democracy.

The existence of fairness & democracy is a real illusion, because every country in the world is linked to the system of government & the way of running things by the mentality & culture of its people & their association with their history, religion & diversity.

You can see in a very clear view, that the most top so called democratic countries in the world will turn 180 degrees opposite, when somebody cross & start talking differently against some issues, such as the double standards of the civilized world when things come against their interests, even if they were wrong.

In the end, all who govern the countries are their sons, no state has imported their rulers from another world.

What Assad did, all the previous rulers of Syria did in different ways & types.

Those who want to talk about the Syrian Crisis, they must have complete knowledge of the history of this country with full understanding the nature of the country & its stages in time & the succession & the story of everyone who ruled this country, because everything that happened & done has links & related by its consequences to the history & the past in Syria.

I honestly don’t know where that title of «Arab Spring» came from, true is that; this «Arab Spring» is the second one after the one that was in the 1916.

The Arab region has entered a cycle of so-called revolutions, bloodshed, violence & extremism, with humanitarian, social & economic crises with this so-called «Spring».

Without going further in many details, I will summarize what happened with what Ms. Condoleezza Rice mentioned about creating a new Middle East through creative chaos, which began after the events of September 11, the invasion of Afghanistan & then Iraq, to where we have been for more than seven years now in the Arabic region.

My dear friends, don’t ever, ever, never believe, that who have history of killing, colonizing your countries & support all your historical enemies, could care about your people needs in freedom & prosperity.

Nobody of them care about the prosperity of your countries.

We’ll not talk about Tunisia, Egypt, Libya, Yemen or Bahrain.

Our subject is Syria from the beginning, but some fast facts about these countries situation will not hurt.

I wouldn’t exaggerate if I say that all what’s happened in those countries was only an introduction to what will happen in Syria.

The idea has been applied & tested in several different countries to implement the most horrifying & harsh version in Syria, the target country in my view behind this «Arab spring».

Ben Ali’s regime was loyal to the West & the United States, why they would topple him? Really why?

Hosni Mubarak’s regime is also loyal to the West and the United States, why they would topple him?

Gaddafi’s regime was moving toward the West, or at least improving the relationship with the west & it might be worthwhile to cooperate with him.

Gaddafi was seeking the independence of the African continent from the West & turn it into a huge economic power with wealth & gold in his hands with his ability to influence the African countries, in addition to the possession of Gaddafi in his collection of secrets, these secrets that were enough to shatter the west & its leaders, therefore I am confident that the decision of killing him in that way is to avoid going into the process of arrest & trial like the one that took place with Iraqi President Saddam Hussein, this is the only option to avoid putting him in the spotlight & let him say & disclose everything he knows.

Imagine that Gaddafi & everyone knows the nature of this man, behind the court cage as it happened with Saddam Hussein, what did you expect to hear from him, speak & say?

Bahrain & the Gulf states, it’s known the type of their relationship with the West & the United States in particular.

Why should any regime in the gulf fall by the hands of the west & the United States?

Ali Abdullah Saleh is also loyal to the West & the United States, why they wanna topple his regime?

With knowing & for the sake of historical honesty, Ali Abdullah Saleh was forced to cooperate with the West after Russia of Yeltsin turned their back on him.

The mystery of the «Arab Spring revolutions», either it been done by the peoples of these countries to overthrow their regimes against the will of the West & the United States & the people succeeded in toppling these regimes, but unfortunately they were unable to achieve what they want due to lack of clear picture & strong leadership that have vision with charisma that can rally the masses & plan for alternatives, so with that, the West retaliate in some way & by one way or another managed to bring their loyal regimes back to power.

Or it’s just a controversy, been engineered with putting many issues into consideration & taking advantage of every misconduct by these regimes toward their people, just to serve & complete the plan of the new middle east.

The issue is no more than a kind of renewal in the region & work to creative chaos.

Well, let everyone understand it as they want.

Today, Tunisia is back to a certain extent as it was before the overthrow of Ben Ali, this is fact, with economical difficulties.

Egypt is ruled by military as it always since the Pharaohs, with today represented by President Marshal Abdel Fattah Al-Sisi, with the return of much more powerful security force, more than Mubarak era, this is fact, with economical difficulties.

Yemen is in tragic situation, with weak government & war against innocent people who dies everyday & the battle between Houthi & Saleh coalition against a weak government backed by some Arab Countries & Saudi Arabia in particular, with the Kingdom of Saudi Arabia made a big mistake with the intervene in Yemen with the «Operation Decisive Storm».

With the heavy price incurred by Egypt, which culminated in the disaster of the Six Days War 1967.

Yemen is the Arab world Vietnam.

The entire Gulf states are on the brink of economic problems.

Iraq since the American occupation & today fighting ISIS, the terrorist organization that was formed by an unholy alliance through former officers & members of Saddam’s regime & his army with Al-Qaeda & other radical Islamic figures, with clear fact of being interpenetrated by the CIA since its early days of its formation & turn it into a tool in the hands of the United States to be used whenever they wants.

What’s left for us now is Syria, a country that been under marvels for this past six years.