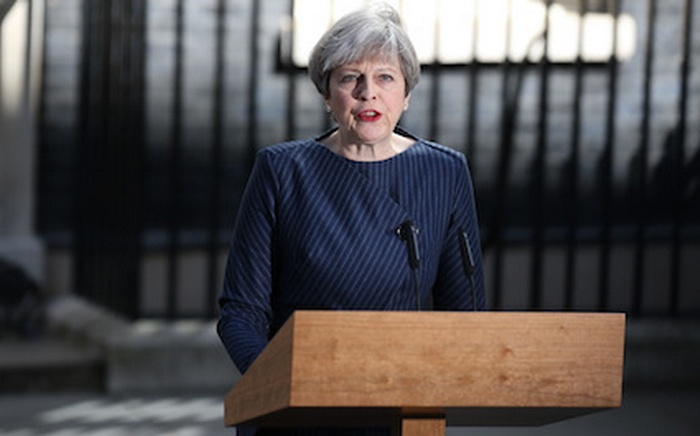 Britain, the old conservative country has become the source of surprises not only in Europe, but in the whole world, after the referendum approved to exit from the European Union, the British Prime Minister Mrs. Theresa May, was backed down from her position of rejecting any early elections, announcing for an early elections to take place in the eighth of June 2017.

Mrs. May justified her decision, which must be approved by the parliament on Wednesday by a two-thirds majority, by saying that, she wants stability, security and certainty for Britain, ending division and distrust, and electing a strong leadership to lead Britain in difficult exit negotiations with the European Union.

The London Stock Exchange lost almost 180 points in reaction to this surprise announcement, but the British sterling pound has slightly improved, which means that uncertainty and division still cast a shadow over Britain.

Most of the British parties oppose Britain’s exit from the European Union, such as the Labor Party, the Liberal Party, the Scottish National Party, as well as the Northern Ireland deputies, as well as the Lords, which is described as the Queen’s unelected Parliament.

Mrs May, who governs Britain as acting Prime Minister, has only a small majority of 17 seats in the current conservative government.

She hopes that, with the Labor Party’s weakened coalition, the lack of strong leadership, she’s looking for becoming powerful and truly strong elected Prime Minister after these elections to be able to lead the negotiations with the European Union from a stronger and more solid stance.

It may be too early to give definitive judgments about the consequences of this gamble, but it’s not unlikely to see a strong bloc by all the other parties against Mrs. May and perhaps a new referendum to stay in the EU, if she failed to obtain a powerful majority.

Polls show the Conservatives are ahead of the Labor Party, its closest rival, by more than 20 points, but who trust the polls these days.

Mrs. May put herself in front of two options with this calling for early elections.

Either she emerges strong and solid and becomes another iron woman, either weak and loses her party leadership, and sits back in the opposition sets, or perhaps retirement.

At the moment, none of these two options can be adopted. But what is certain is that the political instability in Britain will remain and last for months and maybe for years to come, with one fact that Mrs. Theresa May in any cases, will never be another Margret Thatcher.