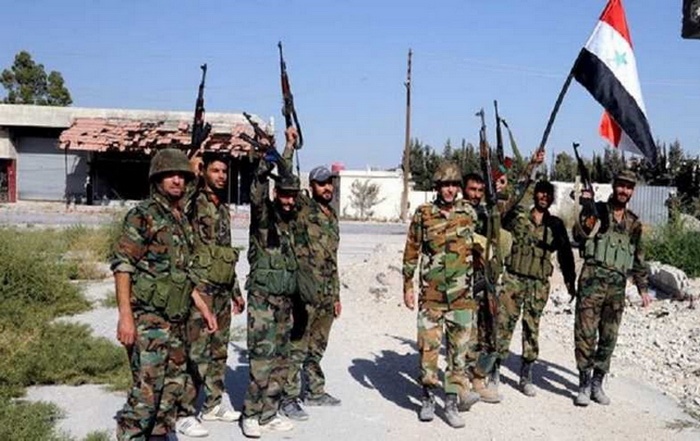 The Syrian army regained the strategic town of Suran near the city of Hama in the central part of western Syria on Sunday with an assault backed by heavy Russian air strikes, rebels and residents said.

Most of the rebels had retreated from the town after troops stormed it following dozens of strikes by jets believed to be Russian since dawn, including so-called parachute bombs that also targeted other towns in the area, including Latamneh and Kafr Zeita.

«There was hysterical bombing that targeted the town and the whole area and rebels fought fierce battles until they were forced to pull out», said one rebel, a member of the Jaish al Izza group, which has a strong presence in Hama province who requested anonymity.

The army was aided by Iranian-backed Shi’ite militias who had supported the over-stretched government forces, rebels say.

The stronghold of Soran is the army’s northern gateway to the city of Hama, the provincial capital. It had been captured by the army last year, then lost in the latest rebel offensive.

The army’s advance into Soran rolls back most of the territorial gains made by rebels, who include jihadist groups, after a major offensive last month in northern Hama province in the center of the populated west of the country.

The rebels in retaliation had fired scores of rockets on the nearby Hama military airport. Videos downloaded on social media showed plumes of smoke rising from a distance.

Jaish al Nasr, a Free Syrian Army rebel group, said it had hit the airport with forty rockets, leading to several fires in the compound of the air base.

The rebels still hold the strategic town of Morek, north of Hama city.

It lies on a major north-south highway crucial to control of western Syria.