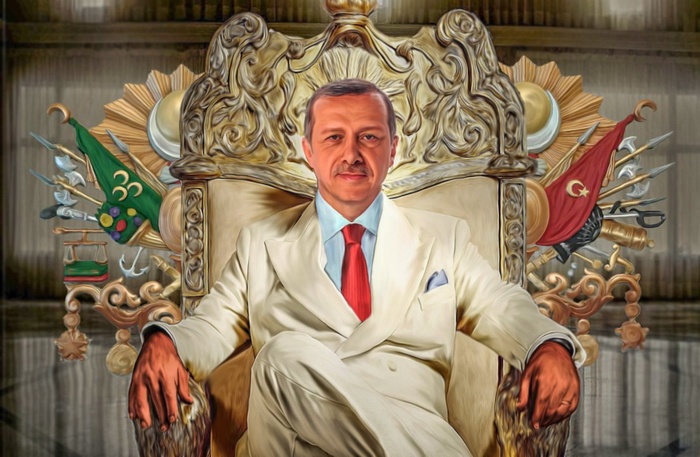 Will Erdogan win and realize his dream of reviving the Ottoman legacy and crowning absolute authority?

What if he lost the bet?

Will his plan succeed in stirring nationalist strife against Europe in the weight of his cape?

Is he really facing foreign «conspiracy»?

Millions of Turks are going to polls today to vote in a referendum called by President Recep Tayyip Erdogan to turn Turkey from a parliamentary system to a presidential, giving him absolute executive and legislative powers, with giving him a free hand for drawing up internal and foreign policies and undisputedly declaring wars.

President Erdogan wants to restore the Ottoman legacy and remove the legacy of Kemal Ataturk, the founder of modern secular Turkey, and take advantage of the failed coup attempt that took place last summer to overthrow him as an opportunity to impose his royal ambitions and uproot his opponents inside Turkey and abroad.

He may turn the country into a federal state, similar to the American style that he admirer.

In case the voting result came with «yes» which means the adoption of the new republican presidential system, the position of prime minister will be abolished.

The president will be the one who appoint ministers with control of all state institutions, including the military, the Constitutional Court and the judicial system.

Erdogan’s Supporters say, «relying on a religious fatwa from the largest Islamic authority in the ruling Justice and Development Party (AKP), that voting for constitutional reforms is a duty and religious obligation, which is one of the shortest routes to paradise».

They consider voting to be a test between patriotism and treachery, between Muslims and infidels.

On the other hand, Erdogan’s opponents say, that «his victory in this referendum means the elimination of secularism, the consolidation of dictatorship, the confiscation of freedoms, the continuation of martial law and the undermining of the country’s liberal democratic legacy».

In fact, there is no need for President Erdogan to expand his constitutional powers.

His party has controlled the country since 2002, with controlling the parliament, approves any law he wants.

Erdogan appoints the prime minister and ministers, who sets the lines of foreign policy, sends the army to Syria, then abolishes cease-fire agreements with the PKK, and appoints army commanders and judges of the Constitutional Court.

So, what does this man want more?

The results of the polls are close, and when Erdogan realized this fact, he made a battle with a «crusade» Europe.

Unlike the previous elections, where he was furious with Israel, which is now a strong ally, President Erdogan inflamed the Turkish Muslim nationalist sentiment against the Europeans, the plot was partly successful in mobilizing a large proportion of Turks who are living in Europe (5 million Turks, most of them of European nationality) to rally around to «Yes » vote for the reforms.

The victory in the referendum will be a major moral and political support for Erdogan, especially after the failed coup attempt, and may push him to turn Turkey into a federal state, as one of his advisers hinted at a deliberate and possibly costly slippage of his tongue because of the opposition of his nationalist allies, federalism may be one solution to the Kurdish crisis as long as he is the president, America is a federal country as well as Germany, Britain, the Netherlands and Belgium.

The economy, which was the most prominent achievements of Erdogan and his party on the verge of collapse, the Turkish lira lost 50 percent of its value, while tourism income fell by about 30 percent, and decreased growth rate From 7 percent to 2.9 percent, and about 50 percent of foreign investment has fled due to instability and terrorism.

Unemployment rates have reached about 12 percent and young people to more than 25 percent.

There is no doubt that President Erdogan is experienced and shrewd, and managed to overcome many crises in the past, and he doesn’t succumb to defeat easily, but he’s facing political crises with almost all neighboring countries and he’s engaged in a double war against the terrorism of the «Islamic State» and the attacks of the PKK and he’s involved in the conflict in Syria militarily, and most important of all, the possibility of a Kurdish line along the borders of his country with Syria enjoys partial or total independence, is becoming more realistic day by day.

I knew President Erdogan well, with most of his narrow circle of people that surrounding him, and I was invited to lecture at most important Turkish universities and research centers, and I’ve attended the conferences of his party as a guest, and I was a frequent quest on all his TV stations, Turkish and Arabic channels, and I can say that he’s really wants to be an Ottoman Sultan with solo governance and unique authority, he doesn’t listen to others opinion, which opposes his opinion even from his close associates, and in excluding the two, Mr. Abdullah Gul and Mr. Ahmed Daoudoglu, the best examples in this regard.

The obsession with the greatness of President Erdogan may remind us of many who led their country to ruin, and made excuses for foreign forces to conspire on them, and we’re almost certain that Turkey raises the jealousy of the West and its sensitivity because of its great successes, economically, democratically and centrally in the golden period of the rule of Erdogan and his party, and we’re not exclude the fact of Turkey faces the same series of dismantling, like its Iraqi and Syrian neighbors, as well as the distant neighbors of Libya and Yemen.

We will wait for the real results at dawn next Monday to see if the supporters of the presidential system of Erdogan’s supporters will go to heaven and their opponents to hell fire or not, and we fear that the polls will be misleading as in the last US presidential election that confirmed that Hillary Clinton will win in some Periods of more than 80 percent, or those that turned all the theories in the British referendum, and surprised us by the victory of the camp of UK exit from the European Union.

We say that we’re not excluding anything, as a backup solution for us to not get bite from the polls twice, perhaps three times.

We don’t think that Erdogan will surrender to defeat and will continue to try to achieve what he wants and he aspires to, as he resorted to the parliamentary elections to confirm his absolute majority after failing the first attempt a few years ago, will return to the referendum again if this doesn’t work.

Erdogan will remain Erdogan The first and the last speaker in Turkey, whether he wins or loses this referendum, he’ll never change.

He has been a full-fledged president since his party won power for the first time in 2002, and nothing has changed since then, perhaps for years to come.

And the days are between us.