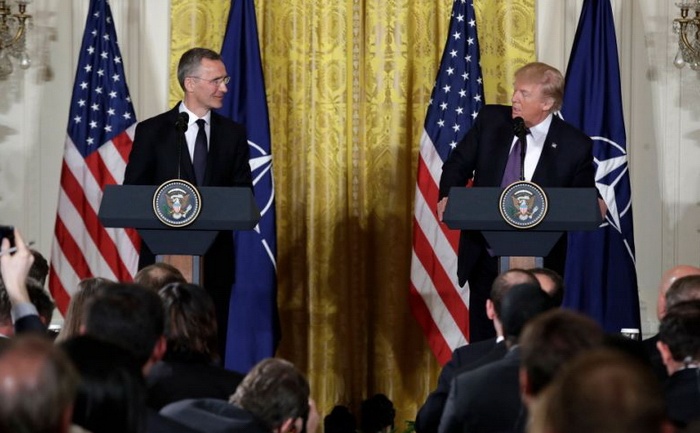 President Donald Trump presented a somewhat revisionist account of the history of the Alliance, which he considered to have conquered the Soviet Union and liberated Eastern Europe.

He thanked NATO for its support against Syria during the illegal attack on the base of Shayrat, on 6 April.

Revising as well his previous remarks, he declared that the Alliance was no longer “obsolete” and that he was counting on a close collaboration with all NATO members.