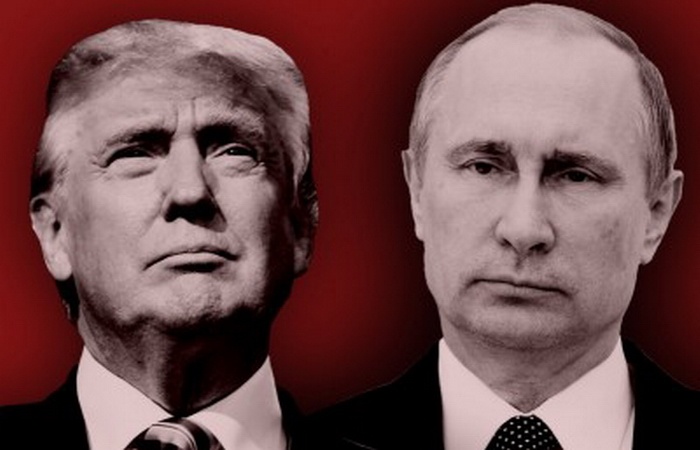 The White House has finally aligned itself with the Coalition composed of the neo-conservatives around the United Kingdom and a variety of multinational companies.

The United States have once again taken up the imperialist policies upon which they decided in 1991, and have reactivated NATO.

The rupture with Russia and China was consummated on 12 April 2017.

The world is once again on the brink of nuclear war.

During two weeks of intense fighting within the Trump administration, the United States have illegally attacked the air base at Shuyrat (Syria), then multiplied contradictory signals before showing their hand — finally, they are relaunching their imperialist policy.

On 12 April 2017, the United States made their great about-face.

At the same time, Secretary of State Rex Tillerson traveled to Moscow in order to attempt a final peaceful approach – the UN Security Council met and took note of the conflict – and President Trump sent NATO against Russia.

President Trump’s special advisor, Steve Bannon, and his assistant, Sebastian Gorka, were preparing themselves to join General Michael Flynn, while the once pro-Trump Press drew up an account of their activity.

It seems that the White House has folded under pressure from the British, who are determined to preserve at any cost the jihadist system that they have created.

UK Minister for Foreign Affairs Boris Johnson relied upon the European leaders who had already allowed themselves to be convinced by the neo-conservatives during the Security Conference in Munich on 19 February.

In order to justify the aggression of a sovereign state which is a member of the United Nations, Rex Tillerson could do no more than refer to a synthesis of the US «Intelligence» service documents about the incident in Khan Shaykhun.

This synthesis offers no indication which could allow anyone to suspect Syria, but refers in turn to classified information, and ends up by an appeal to overthrow the «regime».

The irreversible nature of this about-face may be measured by the reading of the draft resolution presented to the Security Council by NATO, to which Russia opposed its Veto.

Presented in the West as a simple request for a neutral inquiry into the chemical incident in Khan Shaykhun, it was in reality the placing of the Syrian Air Force under the control of the N°2 of the UNO, Jeffrey Feltman.

This ex-assistant of Hillary Clinton is the author of a plan for the total and unconditional capitulation of Syria.

The text of this resolution duplicates that of the draft presented on 6 April, but which the United States had not submitted to vote, since they were so uncertain of themselves.

They took no notice of the attempt at mediation by elected members of the Security Council, who tried to steer it back to a normal request for a UN enquiry.

The principle for placing the Syrian Air Force under UN control uses the tactic that had been used in 1998, 19 years ago, against Serbia, until the illegal military intervention of NATO.

President Donald Trump finalized his about-face by receiving at the White House the Secretary General of NATO, Jens Stoltenberg. During a shared Press conference, he indicated that he no longer considered the Alliance as obsolete, thanked it for its support against Syria, and was prepared to work in close collaboration with his allies.

In response, Russie announced that it has up-dated 60 percent of its nuclear arsenal, and is ready for war.

So we now find ourselves in the same position as six months ago, when Obama’s United States refused to work with China, Russia and their allies (Shanghai Cooperation Organization and Collective Security Treaty Organization ).

They were thus proposing to cut the world into two distinct parts, neither one communicating at all with the other.