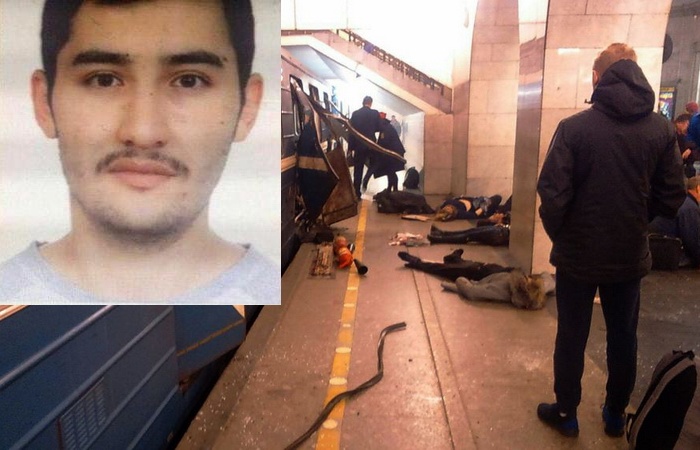 Akbarzhon Jalilov, the man Russian police suspect of blowing up a St Petersburg metro carriage, entered Turkey in late 2015 and was deported to Russia about a year later because of migration violations, a senior Turkish official told Reuters on Wednesday.

The April 3 attack killed 14 people, including the bomber himself, and injured dozens more.

The Turkish official, who spoke on condition of anonymity, said that while in Turkey Jalilov «was deemed suspicious due to some connections he had, but no action was taken as he had not done anything illegal and there was no evidence of wrongdoing».

«However, the issue was not dropped and this person was sent out of Turkey in December 2016 for violating their visa and residency.

In the end, a fine was given and they were deported with an entry ban», the official said.

After leaving Turkey, Jalilov’s «passage into Russia was easy from here, it seems they (Jalilov) encountered no problems», the official said.

The Turkish official’s account confirmed information given to Reuters by two of Jalilov’s acquaintances.

They said that he had acquired an interest in Islam and left Russia for Turkey at the end of 2015, after which they lost contact.

Jalilov, a Russian citizen who was born in the mainly Muslim ex-Soviet republic of Kyrgyzstan, revealed no outward signs of radicalism, his acquaintances said, and no evidence has emerged that he belonged to any established Islamist militant groups.

That has made it harder for Russian security agencies to establish how he carried out the attack on the metro train, and whether he has associates who are planning future attacks.

At the time he left for Turkey, Jalilov was living in St Petersburg, where he worked as a restaurant cook and in a car repair shop.

Soon after he was deported from Turkey, he travelled to his native city of Osh, in Kyrgyzstan, local officials there told Reuters.

From there, he went back to St Petersburg, moving into a new apartment in early March this year.

Prosecutors said security camera footage showed him leaving that apartment on the day of the attack carrying a rucksack and another bag.