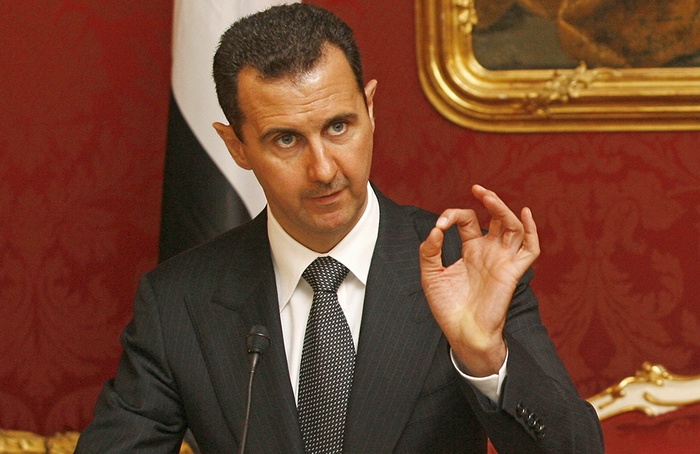 What are the options for the Syrian opposition after the coup in the US position in favor to Assad?
And why the CIA threatened some of its fighting groups to suspend the salaries of its fighters?
And what is the desired new role for them?

to this moment of writing these lines, no strong position from major Syrian opposition such as the FSA, national coalition, the supreme body of negotiations in Riyadh, regarding the sudden change in the position of the American Administration headed by Donald Trump, who came by the Secretary of State Rex Tillerson, «the Syrian people will decide the future of Syrian President Bashar Al-Assad in the long run, strengthen Mrs. Nikki Haley, the United States Ambassador to the United Nations to this coup by saying „the United States, no longer focuses on overthrowing Syrian President and trying to find ways to end the war in Syria, and push for political solution“.

We don’t believe that the Syrian opposition has the ability to take any decision against the United States, they either receive direct financial or military support, or from US Arab allies and Turkey, and certainly, they bet on the US Administration to overthrow the regime, similar to what happened in Iraq and Libya, and was surprised by this transformation, and maybe shock imposed wait, not making hasty decisions that might regret it later.

The Syrian opposition, both political and military have no alternative to the United States and the West, taking an oath and had no options but to go to Moscow, but going in that direction means to reintegrate into the Syrian Authority in accordance with its terms, or solve itself, back to exile again as was the case before „revolution“.

We’re not talking here about the groups that classified in the US terrorist list, such as the „Islamic State“ and „Sham liberation body“, because these factions are currently facing international alliance featuring Russia and America, whom those launched a war to militarily annihilate these factions, with this alliance puts other armed factions to face only one option, if they wants to survive, and that by turn them to „Awakenings“ forces, and engaging in the war to root out the two terrorist group that been mentioned above, and what confirming the trend to inform military operations room run by the U.S. Central Intelligence Agency, all Syrian opposition factions, which are considered „Moderate“ that integrate into one entity led by Fadl Allah Haji, who is a leader at „Al-Sham Corps“, for the resumption of monthly payroll, and providing military equipment.

Al-Hayat newspaper published this news, said that the resolution includes 30 to 40 thousands, whom are members in factions spread in rural Aleppo, Hama and Idlib governorate, Latakia, including „Jaysh Al Nasr“ and „Idlib Free Army“ and „Al Mujahideen Army“ and „Jaysh Al I’sah“ and „Fastaqem assembly“.

The opposition factions will never find the incubator Turkish reliable basis after the Turkish Government’s decision to end the mission of „Shield of Euphrates“, and we don’t believe that the Gulf countries, which were providing support over the past six years, will challenge the new American decision not to focus on toppling the Syrian regime and its President, and continued financial and military support.

The opposition groups receive their salaries from the CIA, and its possible, that they will be able to survive if their financier decides to abandon them for whatever reason, not to engage in a war against its ally factions, such as the Sham Liberation Body, (formerly known as Al Nusra front), in response to the American directives.

And even if these factions responded to the US demand and turned into „Awakenings forces“, and fought „Al Nusra Front“ similar to their Iraqi counterparts did, whom were established by General David Petraeus to fight Al Qaeda in 2007 and 2008, they will face the dismantling after their work been done, and stopping the monthly salaries of its members, snd history repeats itself in most cases, it’s humiliating and tragic end.

It wasn’t a coincidence that the unraveling of the fifth session of the Geneva Conference quickly, and delegations return all to where they came from, empty handed, with four good baskets, the rules of the game have changed drastically after the coup in the US position.

We don’t believe that the sixth round of the Geneva Conference to be held in the foreseeable future, and Staffan de Mistura’s decision to quit confirmation failure of this negotiating process, and we have a lot of doubt in recruiting his replacement as an Envoy in Syria, and the official Syrian delegation Chief negotiator Bashar Jaafari will return, to its headquarters in New York, with him rubbing his hands with joy.