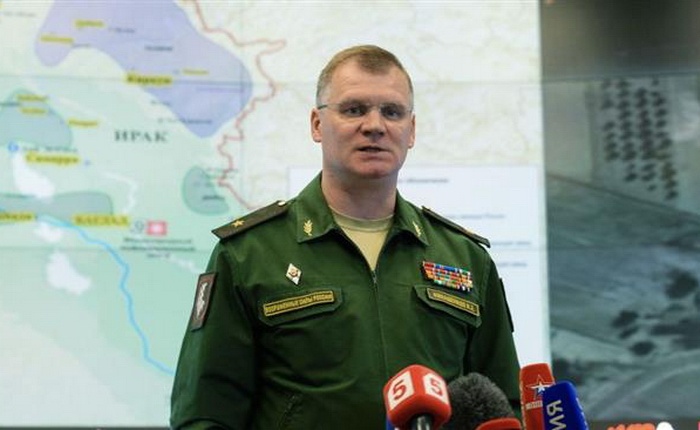 Russia’s defense ministry said on Wednesday that a poisonous gas contamination in the Syrian town of Khan Sheikhoun was the result of gas leaking from a rebel chemical weapons depot after it was hit by Syrian government air strikes.

The United States has blamed the administration of Syrian President Bashar al-Assad for the attack, in which scores of people are reported to have been killed.

«Yesterday, from 11:30 am to 12:30 p.m. local time, Syrian aviation made a strike on a large terrorist ammunition depot and a concentration of military hardware in the eastern outskirts of Khan Sheikhoun town», Russian defense ministry spokesman Igor Konoshenkov said in a statement posted on YouTube.

«On the territory of the depot there were workshops which produced chemical warfare munitions».

He said the chemical munitions had been used by rebels in Aleppo last year.

«The poisoning symptoms of the victims in Khan Sheikhoun shown on videos in social networks are the same as they were in autumn of the previous year in Aleppo», Konoshenkov said.