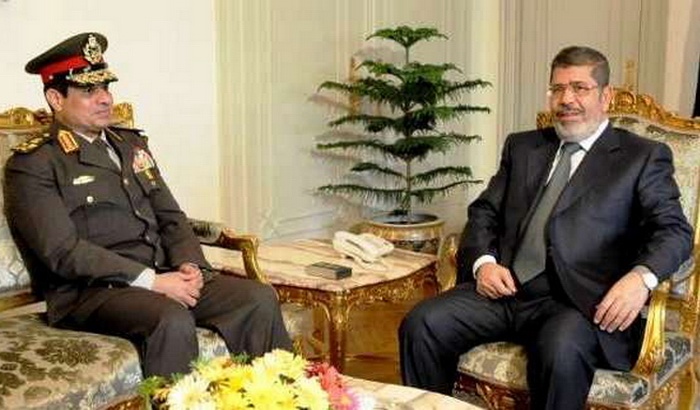 US ‘terrorist’ designation, at the urging of Arab allies, could drive the movement towards Iran

It looks like tough times ahead for the Muslim Brotherhood (MB).

The movement’s biggest beast, its founding Egyptian branch, was slain in the 2013 military coup which overthrew its elected president and government and subjected it to brutal repression.

Now the knives are out – including those of former friends — for the flesh and bones of the MB movement as a whole and its multifarious offshoots.
Three years ago, the British government, in a bid to placate Gulf States that had been pressing it to outlaw the movement, conducted an inquiry into the Brotherhood.

It absolved it of the ‘terrorist’ charge, but conceded that it had spawned and influenced the thinking of groups that broke away and espoused violence and terrorism.
Things may turn out differently in the United States, where a group of Republican members of Congress are preparing legislation that would designate the Brotherhood as a terrorist organization.

President Donald Trump, whose racism and hostility to Islam and Muslims is unconcealed, may welcome such a step, and could be its instigator.
Trump sees eye-to-eye with Egyptian President Abdel Fattah Al-Sisi on several issues, including their shared hostility to radical political Islam which they view as the main progenitor of extremist groups that resort to violence and terrorism.

During their forthcoming meeting in Washington, Sisi will highlight the war being waged by the Egyptian army in Sinai against the Bait Al-Maqdis group which announced it had joined Abu Bakr Al-Baghdadi’s ‘Islamic State’ (IS), declared Sinai to be one of its ‘provinces’, and pledged allegiance to its ‘Caliph’.
Sisi will most certainly encourage his American host to continue throwing his weight behind the proposed legislation.

His efforts to get the Brothers branded as terrorists will be facilitated not just by the good relationship he already has with Trump, but also his declared willingness to join forces with him not just against terrorism but also against Iran — which the US president deems to be the most dangerous threat to American interests and regional stability.

Meanwhile, Egyptian parliamentarians and pro-regime figures have been sent to the US in advance of the president’s visit to lobby for the Brotherhood ban.
Trump and Sisi are to meet at the White House on Wednesday.

It may be wrong to pre-empt things and discuss the outcome of a summit that has not yet been held. But the Brotherhood is right to be worried.

Some political parties and organizations that are close to, or offshoots of, the movement – such as Palestine’s Hamas or Tunisia’s Ennahda – have sensed the danger and opted to publicly dissociate themselves from it politically.

The parent organization for its part has been understanding of their motives and concerns.

A host of other political, social, religious and community groups around the world stand to be tarred by association if the anti-Brotherhood legislation passes in the US.
Over the decades, the Brotherhood has been supported or indulged by a variety of regional and global players in pursuit of their interests, not least Saudi Arabia.

Nowadays, only two countries still flaunt their backing for the movement: Turkey and Qatar.

The Emir of Qatar Sheikh Tamim bin-Hamad did so openly at the recent Arab summit in Jordan, surprising observers who had not expected him to be so candid.
But the US is in the process of supervising the formation of alliances in the region, and the mainstays of these alliances deem the movement to be an enemy.
This raises an intriguing question.

Will the US-led targeting of the Brotherhood push the movement towards Iran?

Nothing can be ruled out these days.

Even members of the anti-Shia Al-Qaida took refuge in Iran after the US invasion of Afghanistan.

And although the MB has been firmly on the ‘Sunni’ side of the region’s growing sectarian divide, it has never struck an overtly hostile posture towards Iran.

Indeed, early on in his brief stint as Egyptian president, the Brotherhood’s Muhammad Mursi paid a visit to Tehran.
Even Sisi hinted that he could play the Iranian card when his row with Saudi Arabia was at its peak, and turned to Iran’s ally Iraq for oil supplies when the Saudis cut him off.

Neither side will wish to recall that episode now that their disputes have apparently been resolved, courtesy of Donald Trump.