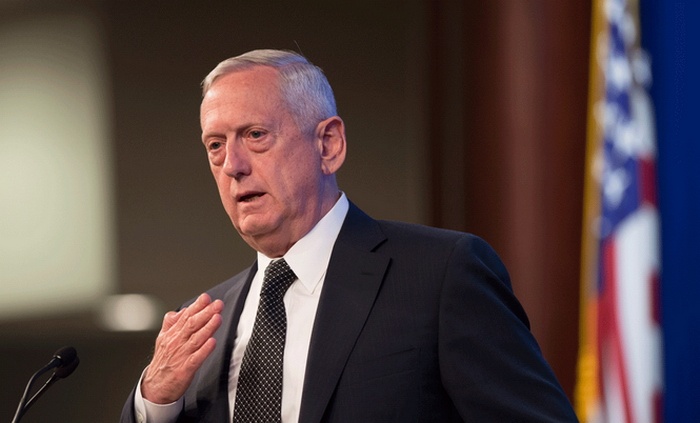 U.S. Defense Secretary Jim Mattis signaled on Friday Washington might soon decide how to respond to what it says are Russian violations of a Cold War-era arms control agreement, saying the United States was conferring with allies.

Washington and Moscow have long questioned each other’s commitment to the INF treaty, which banned nuclear and conventional ground-launched ballistic and cruise missiles with a range of 500-5,500 km (300-3,400 miles).

The United States has accused Moscow of developing and fielding a ground-launched cruise missile, in violation of its INF Treaty obligations. Vice Chairman of the Joints Chiefs of Staff General Paul Selva said in March that the Russian system presented a risk to most U.S. facilities in Europe.

Jim Mattis, on his first trip to London since taking the Pentagon’s top job, said President Donald Trump’s administration was still formulating policy on the matter.

«On the INF issue, we’re in consultation with our allies and we are still formulating a way ahead. In fact, it will be addressed, I think, very, very soon as a matter of highest-level concern», Mattis told a joint news conference in London with British Defence Secretary Michael Fallon.

Fallon acknowledged the INF treaty came up in his discussions on Friday with Mattis and said the matter should also be taken up by NATO.

«We look forward to the more formal response from the United States and we do think that is something that needs to be taken forward — not just by the United States but by NATO generally, once we have those violations confirmed», Fallon said.

Neither Mattis nor Fallon elaborated.

In the United States, such compliance issues are usually handled by the State Department.

The top U.S. military commander in Europe, General Curtis Scaparrotti, told Congress this week the United States should respond, but acknowledged it was a matter for policymakers in the Trump administration.

«We have to respond to their violation of that treaty, one way or the other.
We have to take steps we have to address it.
But it is a policy matter», he said in testimony to a committee on March 28.

RUSSIA MUCKING AROUND IN ELECTIONS?

Mattis also renewed U.S. concerns about Russian behavior, citing its 2014 annexation of Crimea from Ukraine and accused it of «mucking around inside other peoples’ elections».

U.S. intelligence agencies say Moscow hacked and leaked Democratic Party emails during the U.S. presidential campaign as part of efforts to tilt the vote in the Nov. 8 election in Trump’s favor. Russia denies such activity.

«So I think the point I would make is that NATO stands united, the trans-Atlantic bond is united», Mattis said.

In a nod to Trump administration concerns that U.S. taxpayers are shouldering too much of the burden for European security, Fallon said NATO allies needed to commit to increase defense spending every year.

He called on countries who do not meet the alliance’s 2-percent spending target to «raise their game».

«Secretary Mattis and I have agreed that others must now raise their game, and those failing to meet the 2 percent commitment so far should at least agree to year on year real terms increases», Fallon said.

U.S. Secretary of State Rex Tillerson delivered a similar message at his first NATO meeting in Brussels on Friday.

He also told allies that the United States would ensure the alliance has the capability to defend itself, including from Russian aggression.