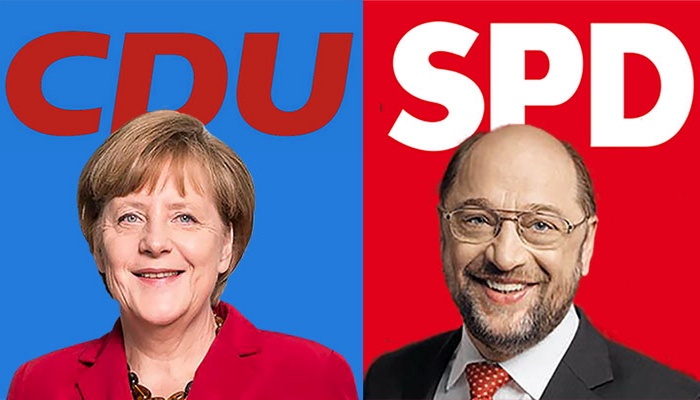 The Forsa poll for Stern magazine and RTL television showed support for Merkel’s Christian Democrats (CDU) and their Bavarian sister party (CSU) stable at 34 percent while the SPD under new leader Martin Schulz gained 1 percentage point on the week to reach 32 percent.

The Forsa institute put the poll’s margin of error at 2.5 percentage points, meaning Merkel’s conservative CDU/CSU bloc and the SPD are in a neck-and-neck race.

Both Merkel, who will seek a fourth term as chancellor, and Schulz are hoping to end their parties’ current ‘grand coalition’ and to form a new government with smaller allies.

The poll showed the anti-immigrant Alternative for Germany (AfD) down 2 percentage points at 7 percent, which is the lowest level of support in that poll since November 2015.

The far-left Linke gained one percentage point to reach 8 percent, making it the third-strongest party.

The Greens stood at 7 percent and the business-friendly Free Democrats (FDP) at 6 percent — above the 5 percent threshold needed to enter parliament.

The weekly poll mirrored the results of a monthly survey by the Allensbach institute for newspaper Frankfurter Allgemeine Zeitung which were published on Tuesday.