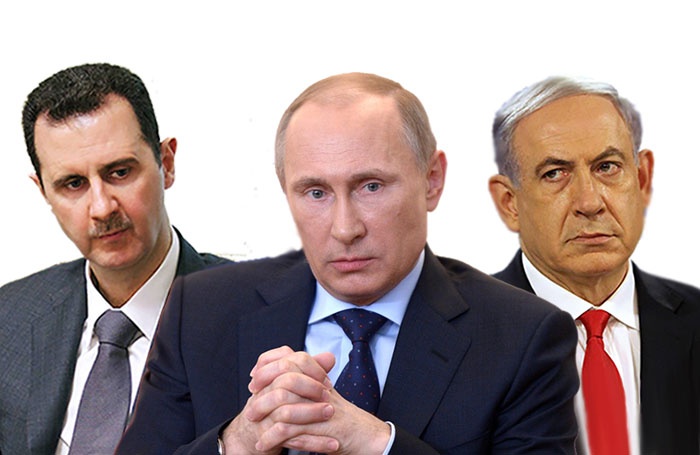 The American journalist Martin Jay warned «Tel Aviv» of escalating tension in its relations with Damascus, stressing that the «Russian roulette» game with the Syrian President Bashar Al-Assad will only lead to serious disagreement with Russia.

Martin Jay, pointed out in his article, posted in «RT» that,«Last week there was a small incident that was noticed only by a few in Washington and London, but it caught the attention of the geopolitical analysts who follow the daily developments in Damascus.

Jay explained that Israel launched an air strike in Syria on what it described as „a convoy of missiles belongs to Hezbollah“, noting that „such incidents has happened repeatedly earlier, but what makes it unique is the reaction of the Syrian President Bashar Al-Assad, this time, who “not only fired ballistic missiles towards Israeli aircraft, but also reached the rapid announcement of the media that none of such attacks will never receive tolerant treatment».

«The last time Assad issued a serious warning was made in 2013 against the backdrop of an Israeli attack on the Golan Heights.

The Syrian president threatened to use Russian weapons», he said, «But this time the threat is wider.

The question about the borders that Russia is prepared to commit to in supporting Assad, as well as on the readiness of Israel to jeopardize its good relations with Russia to the risk of destruction.

The American analyst noted that President Assad is talking this time with much bigger „Enthusiasm“, as if he has full Russian military support behind him.

»He added that the rapid response by Israel, came by its Minister of defense, Avigdor Lieberman, who threatened to destroy all types of Syrian missile defense, directed a bit of vibration to the relations enjoyed by his country with Russia, which Russia called the Israeli ambassador, «demanding from him to give them clarifications».

According to Jay, these developments have increased from the complex of the status of Israel, A Journalist from the so-called Israeli «Political forum», Michael Koplov «regardless of the effectiveness of the mechanism of coordination between the two countries, lies the original dispute in the positions of Israel and Russia From Syria, that the red line of Israel is to establish the permanent Iranian presence in Syria, while the red line for Russia is to remove this presence».

Jay said, that «This situation shows that both Russia, Israel and Syria are entering a new stage in rearranging their foreign relations and positions, and testing the ground on which side will retreat first when the situation reaches its peak», adding that, «Israel is not in a position to provoke a real military conflict with the Syrian army for two reasons.

First, such military operations will disrupt the Israeli military forces on at least two fronts, Hezbollah bombing Israeli sites, while the second is that, Netanyahu’s government cannot anger Russia».

Martin Jay, conclude his article with saying that, «The Russian president, Vladimir Putin can test his abilities in terms of differences with „Israel“ and put the Syrian border with occupied Palestine as a new red line, in the face of „Tel Aviv.“