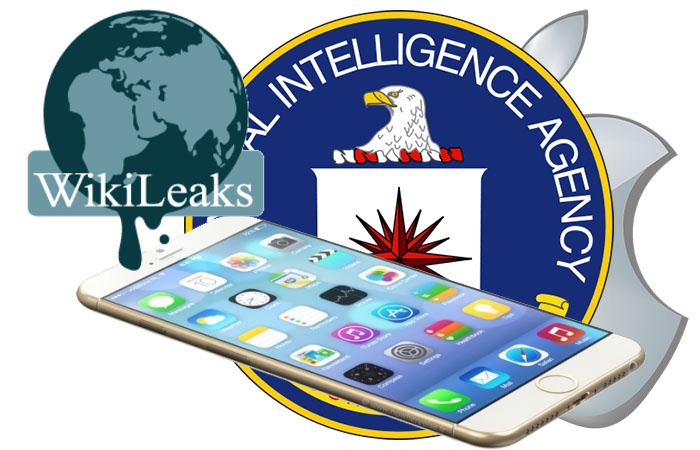 WikiLeaks revealed that the CIA, was able to get involved and sneaks into the production serial of Apple phones and planted a program allow them to control these devices.

WikiLeaks, continue posting new leaked classified information, at the seventh part of the collection of documents of CIA’s activities in the area of electronic penetration, called «Dark Matter».

The Central Intelligence Agency designed a special program called «NightSkies» and planted it on the new «iPhone» devices since 2008.

This CIA program provides the ability to «full remote administration and control» of the user’s iPhones, which means that the CIA can download and unload data and files on phones and implement all possible electronic processes within these devices, without the knowledge of the owner.

The WikiLeaks document, released in 2008, states that «NightSkies» is manually downloaded on Apple phones immediately after manufacture, noting that it starts collecting information only after the device is turned on.

It is also worth mentioning that this program is also able to renew itself after downloading it in the phone.

This information indicates that the CIA has the opportunity to become involved in the production of iPhones to contaminate these devices with its viral programs.