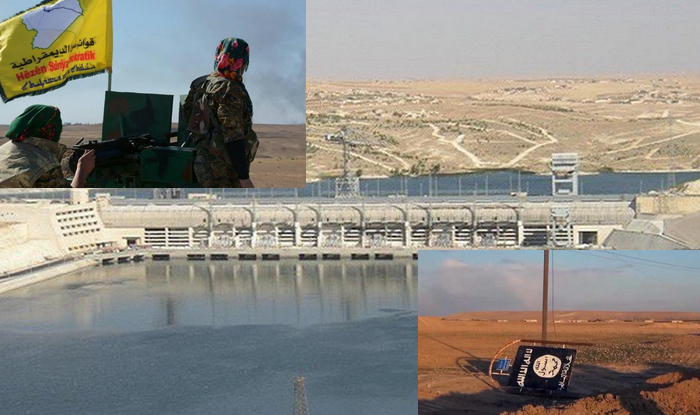 U.S.-led coalition aircraft dropped fighters for the first time into an area near the Syrian city of Raqqa to retake territory from Islamic State in a mission that included Apache helicopters, U.S. Marine artillery and special operations troops, a U.S. official said on Wednesday.

The air drop of Syrian Democratic Forces, a militia alliance including Arab and Kurdish fighters, took place near the town of Tabqa in northern Syria, spokesman Colonel Joseph Scrocca said in a Pentagon news conference.

About 75 to 80 percent of the forces were members of the Syrian Arab Coalition in the alliance, and the rest were from Syrian Democratic Forces, some of whom were Kurdish fighters, he said.

The Syrian Democratic Forces, a militia alliance including Arab and Kurdish fighters, said U.S. forces had participated with them in the air drop, and that the operation also aimed to block any advance by government forces from the west.

The Syrian Democratic Forces, which also includes the powerful Kurdish YPG militia, is fighting to encircle Raqqa city with support, including U.S. aircraft, from the U.S.-led coalition.

Scrocca said it could be several weeks before the city of Tabqa, the Tabqa dam, and a nearby air field would be retaken from Islamic State.

The United Nations has warned of catastrophic flooding in Syria from the Tabqa dam, which is at risk from high water levels, deliberate sabotage by Islamic State and further damage from air strikes by the U.S-led coalition.

«I assure you though, the coalition is taking every precaution to ensure the dam’s integrity», Scrocca said.