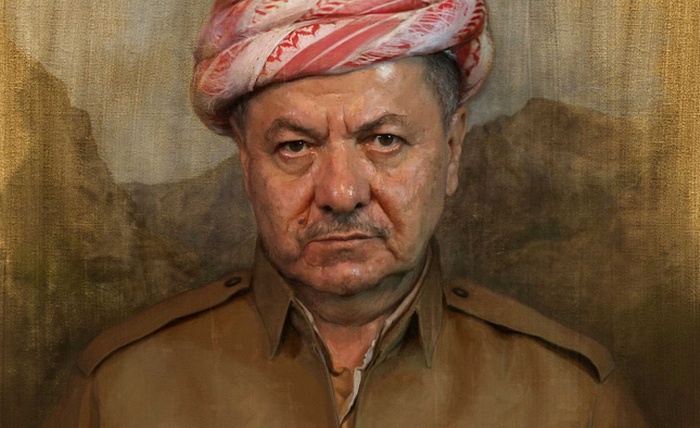 Have the Iraqi Kurds been promised independence as a reward for helping fight IS?

For some time, the main question preoccupying many Iraqis and people throughout the Middle East has been what will happen after the defeat of Islamic State (IS) in Mosul?

With the Iraqi army backed by the Popular Mobilization Forces and the Iraqi Kurdish Peshmerga making steady progress, and the US-backed coalition retaking many of the city’s neighborhoods, the issue has become increasingly pressing.

It is supposed to be discussed by the foreign ministers of the 68 coalition members at their gathering in Washington on Wednesday.

But it is striking that none of the governments that agree on the goal of eradicating IS in Mosul as a prelude to ejecting from its capital of Al-Raqqa in Syria have deigned to answer this question, at least not openly.

This has fueled serious suspicions that specific plans and maps are being drawn up in this regard behind closed doors.

The only person who has an answer to this question, and has been bold enough to go public with it, is Masoud Barzani, president of the Kurdistan region in northern Iraq.

In his speech on Tuesday on the occasion of Nowrouz, the Kurdish (and Iranian) New Year, he described the fight against IS in Mosul as the culmination of decades of Kurdish struggle, and proclaimed that final victory was near.

He went on, more importantly, to tell Iraqi Kurds that ‘your sacrifices and the sacrifices of the Peshmerga must result in our obtaining our right to self-determination and sovereignty over our land like all peoples on earth.

The right to self-determination referred to by Barzani means declaring the establishment of an independent Kurdish state in northern Iraq as a reward for the Kurds for fighting IS and for losing more than one thousand ‘martyrs’ in battles alongside the Iraqi army and American ‘advisors’ to expel the group from Jabal Sinjar, Kirkuk and areas east of Mosul and bring these areas under Peshmerga control.

Barzani would not have deployed forces to take part in this war without a quid pro quo, most probably in the form of guarantees from the US, and possibly also Russia, that the reward would be an expansion of Kurdish-controlled territory in Iraq and the creation of a Kurdish state – or a rectification of the historic mistake of rescinding the 1921 Treaty of Sevres which affirmed the Kurds’ right to statehood.

The fall of the Islamic States could therefore mean the rise of the Kurdish state, or at least the setting of the stage for it, purely as an expedient by international — and principally American — fiat.

Which gives rise to a new question: will this new dispensation in the, post-IS period be the end of one war and the start of another? We will see in the months to come, but there is no reason to believe that the region’s wars will cease in the foreseeable future.