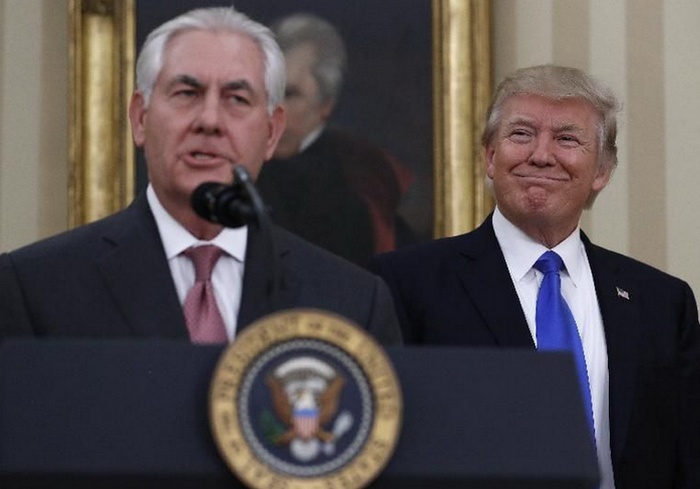 Foreign ministers from 68 countries meet in Washington on Wednesday to agree on the next steps to defeat Islamic State, the first such gathering of the U.S-led military coalition since the election of President Donald Trump in November.

The meeting will be hosted by U.S. Secretary of State Rex Tillerson. Trump has vowed to make the fight against Islamic State a priority and directed the Pentagon and other agencies in January to submit a plan for defeating the militant group.

The militants have been losing ground in both Iraq and Syria, with three separate forces, backed by the United States, Turkey and Russia, advancing on the group’s Syrian stronghold of Raqqa.

While the jihadist group is overwhelmingly outnumbered by Iraqi forces, it has been using suicide car bombs and snipers to defend its remaining strongholds.

Iraqi Prime Minister Haider al-Abadi, who met with Trump in Washington on Monday, said he had won assurances of more U.S. support in the war against Islamic State.

A White House statement after the meeting said both Trump and Abadi agreed that «terrorism cannot be defeated by military might alone», and the two leaders called for deepening commercial ties.

Discussions on Wednesday will also focus on how to help Mosul rebuild and ways to tackle Islamic State operations in Libya and elsewhere.

In Syria, the U.S.-led coalition has been working with an alliance of Kurdish and Arab militias.

Its current focus is to encircle and ultimately recapture Raqqa — Islamic State’s base of operations in Syria.

Syrian President Bashar al-Assad, who is supported by Russia and Iran, has said he saw scope for cooperation with Trump, although he has dismissed the U.S.-backed military campaign against Islamic State in Syria as «only a few raids».