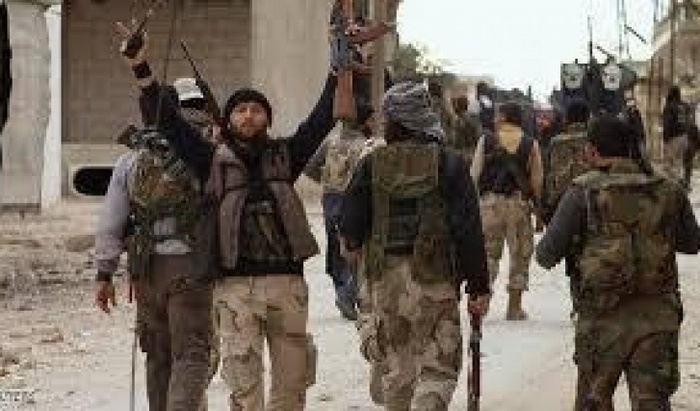 Syrian rebels including a powerful alliance of jihadist groups said they launched a new offensive near the city of Hama in the central part of western Syria on Tuesday.

The rebels attacked government positions in the town of Soran and the village of Maardas, gaining control over parts of them, a monitor of Syria’s civil war said.

Tahrir al-Sham, an alliance of Syrian jihadist rebel groups, said on a social media feed that it had carried out two suicide car bomb attacks close to Soran in the countryside north of Hama at the start of the assault.

«The battle of Hama has begun, God be thanked», the group said in a posting on a Telegram channel it uses.

A military media unit run by Hezbollah, an ally of the Syrian government, said that the army was fighting rebels who attacked its positions north of Hama after detonating a bomb.

The Syrian Observatory for Human Rights, a Britain-based war monitor, said there had been big explosions heard in that area and that there were intense clashes between the army on one side and Tahrir al-Sham and some other jihadist groups on the other.

Rebels including hardline Islamist groups that joined to form Tahrir al-Sham staged an offensive in northern Hama last year that led to territorial advances in the area near Soran.

Tahrir al-Sham includes the former Nusra Front group, which officially designated itself as the Syrian branch of al Qaeda until last year, when it ended its formal allegiance to the global jihadist organization.

The Syrian army regained Soran last October, according to a military source and war monitor, as part of a counter-attack against insurgents that had lasted for weeks.

Syrian President Bashar al-Assad and his Russian, Iranian and Shi’ite Muslim militia allies have put mainly Sunni Muslim rebels fighting to oust him on the back foot over the past 18 months with a string of military victories.

Rebel groups including Tahrir al-Sham launched a new assault on Monday near central districts of Damascus, where fierce fighting continues amid heavy bombardment.