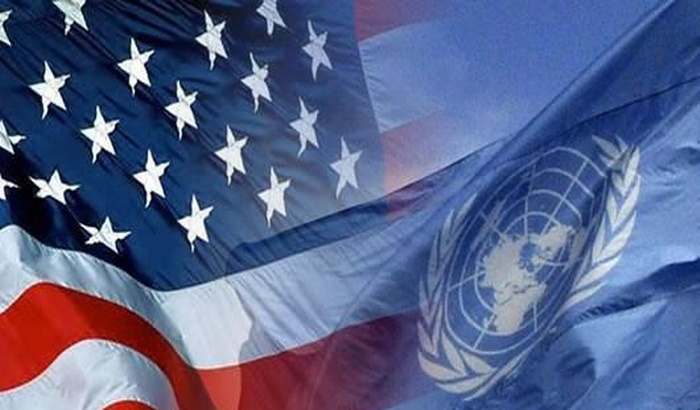 US President Donald Trump has instructed his Secretary of State, Rex Tillerson, to reduce by half the US’s financial participation for UN expenses over the next three years.

This decision was made following the request for an audit of Nikki Halley, the UN ambassador to the Security Council.

Since July 2012 and the appointment of Jeffrey Feltman as the head of the UN Policy Department, UN resources are used by the US Deep State to pursue its goals to remodel an expanded Middle East and to cut the two silk routes.

Although we must wait for the press campaign presenting President Trump’s decision as having a goal which is contrary to peace [1], the truth is the complete opposite.

At present, the wars against Syria and Donbass have been organized from New York. We will not be able to restore the UN to its original functions without first ridding it of representatives of the US Deep State and subjecting it to the remedy of austerity.

Rex Tillerson has written to the NGOs sitting at the UN Human Rights Council in Geneva, indicating to them the need to reform the Organization or to leave it.

It is worth highlighting that this Council had validated the false allegations that the Libyan Arab Jamahariya armed forces had bombed a rebel district of the capital, Tripoli.

This lie provided the foundation for the Security Council to request NATO to protect the civil population from the “dictator”, which was code for authorizing a “regime change” in the purest form of colonial tradition.