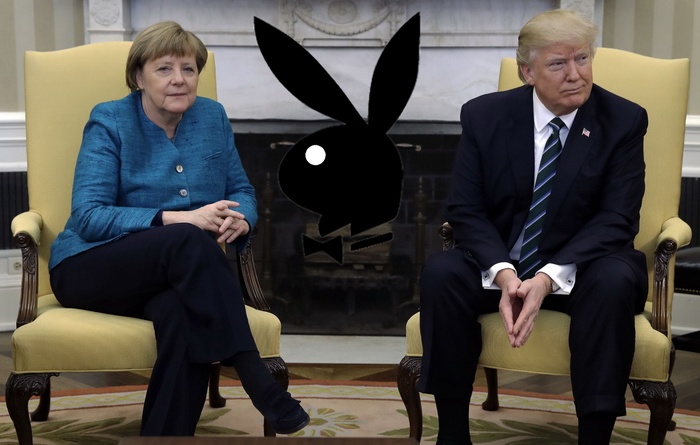 The British newspaper «The Independent» posted, that, the German Chancellor Angela Merkel, and before her meeting with the US President Donald Trump, read an interview, that been made with him in the infamous «Playboy» magazine.

Trump made an interview with «Playboy»magazine back in 1990, in which he put forward key points for pursuing politics, which he is trying to achieve after he took the office.

«The Independent» pointed out that Merkel, in her preparation for her visit to Washington, briefly viewed Trump’s meetings with the prime ministers of Japan, UK, and Canada to analyze his behavior during the meetings.

It seems like merkel is trying to memorize her lesson and does her home work before she sees Trump to avoid any embarrassment.

The meeting between Donald Trump and Angela Merkel took place in Washington on March 17 and discussed several pressing issues, including the relations between the two countries, as well as the implementation by NATO member states of their commitments to spend on the alliance’s goals.

Trump stressed that Germany is must contribute more for NATO and the United States to defend it.

Obviously, her previous preparations by reading playboy and view meetings didn’t gave her the grade that she was looking for.