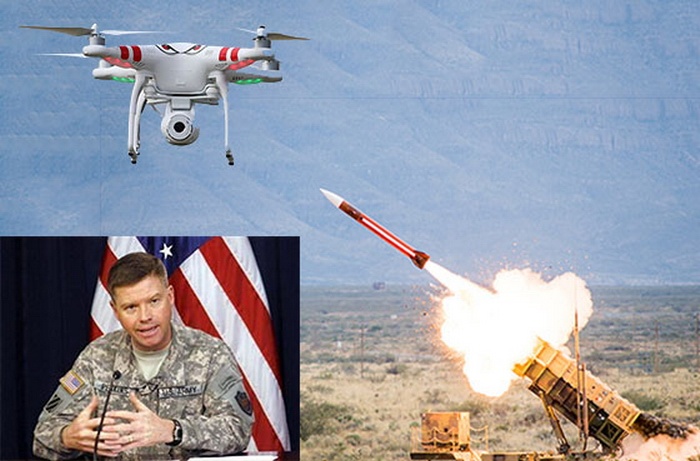 The US General David Perkins, gave a statement regarding an incident when a Patriot anti-air/missiles, that worth 3 million US dollars was launched to drop a small drone.

Gen. David Perkins said one of the «closest allies» of the United States had used surface-to-air missiles to shoot down a small drone.

Perkins said at a military briefing broadcast by the US military on YouTube, that «We all love Patriot missiles for its effectiveness, but dropping such a plane or a ((Drone)) is not good economically, because of its high cost».

General Perkins added, «the value of a helicopter drone in Amazon website is only 200 USD, which means it has no chance to compete with Patriot missile!!!

The Patriot-guided missiles are designed to drop missiles and launch at speeds of up to five times the speed of sound on the target.

General Perkins said, „If I were the enemy of that state, I would buy as many as these 300 USD drones to drain all the Patriot missiles of the other state“.

The general did not reveal any further details and the state that dropped the bird with cannon.