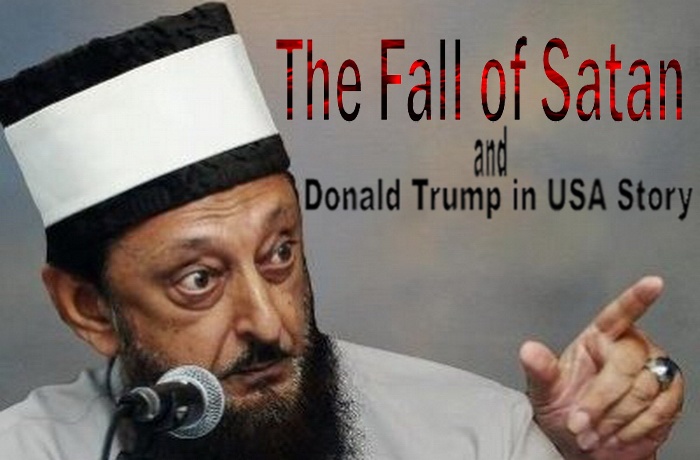 He is the author of Jerusalem in the Qur’an and other books.

Imran Hosein was born on the Caribbean island of Trinidad in 1942 from parents whose ancestors had migrated as indentured labourers from India.

He worked for several years as a Foreign Service Officer in the Ministry of Foreign Affairs of the Government of Trinidad and Tobago.

He served as Principal of the Aleemiyah Institute of Islamic Studies in Karachi as well as Imam at Masjid Dar al-Qur’an in Long Island, New York.

He also led the weekly Jumu’ah prayers and delivered the sermon at the United Nations headquarters in Manhattan once a month for ten years continuously.

He has traveled continuously and extensively around the world on Islamic lecture tours since graduating from the Aleemiyah Institute of Islamic Studies in 1971 at age 29, and he has also written more than a dozen books on Islam.

Sheikh Imran’s background has put him in a perfect position for the exposition at this moment in time.

He is a graduate of the Aleemiyah Institute of Islamic Studies in Karachi and has studied at several institutions of higher learning including the University of Karachi, the University of the West Indies, Al-Azhar University and the Graduate Institute of International Relations in Switzerland. He worked for several years as a Foreign Service Officer in the Ministry of Foreign Affairs of the Government of Trinidad and Tobago which gave him a good insight on how the world really works.

He gave up that official position in 1985 to devote his life to the mission of Islam.