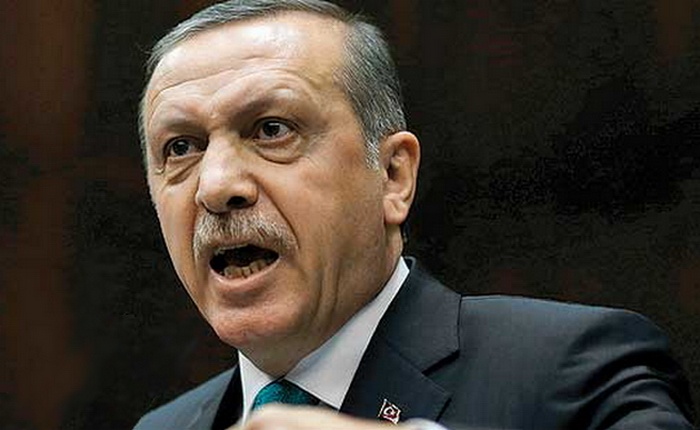 Turkish President Tayyip Erdogan said on Tuesday a diplomatic row with the Netherlands could not be dismissed with an apology and warned of further possible measures, after Ankara suspended high-level diplomatic ties with the Dutch.

Incensed by Dutch and German government bans on his ministers from speaking to rallies of overseas Turks, Erdogan also accused German Chancellor Angela Merkel of siding with the Netherlands in the deepening row between the NATO allies.

Turkey’s diplomatic riposte on Monday, which included a ban on the Dutch ambassador and diplomatic flights, came after Erdogan branded the Netherlands «Nazi remnants» at the weekend for muzzling his ministers.

«The cabinet took action yesterday but there are many other things that could be done against the Netherlands», Erdogan said in a speech broadcast live on television.

«We will show those who think they can get away with an apology that they are making a mistake», said Erdogan, who is campaigning for an April 16 referendum on boosting his powers.

The Turkish president did not elaborate.

Ankara’s initial response had appeared symbolic as the measures did not include economic sanctions or travel restrictions for ordinary citizens.

Erdogan has threatened to take the Netherlands to the European Court of Human Rights over the ban on his ministers, which the Dutch imposed citing fears of unrest.

Dutch police used dogs and water cannon on Sunday to disperse hundreds of protesters waving Turkish flags outside the consulate in Rotterdam.

Some protesters threw bottles and stones and several demonstrators were beaten by police with batons, a Reuters witness said. Mounted police officers charged the crowd.

EU states are also unhappy with what they see as an increasingly authoritarian tone from Turkey and the spat is likely to further dim Ankara’s prospects of EU membership.

Erdogan, who last week invoked Berlin’s Nazi past in criticizing cancellations of Turkish ministers’ rallies in Germany, renewed his attack on Merkel after she criticized his «Nazi remnants» jibe against the Dutch.

«The countries that have embraced this thuggery have lost all their credibility. The Chancellor of Germany has come out and said she supported the Netherlands. We know that you are no different than them», Erdogan said.

Dutch Prime Minister Mark Rutte said the Turkish sanctions, while «not too bad», were inappropriate as the Dutch had more to be angry about, meanwhile, Turkey’s foreign ministry said the EU was selectively exercising democratic values.

«It is very grave for the EU to hide behind member country solidarity and stand by the Netherlands, which has clearly violated human rights and European values», it said.