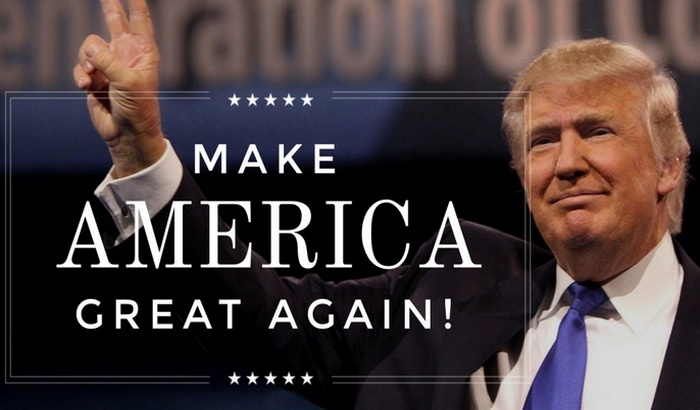 Two months after his arrival at the White House, the President of the United States, Donald Trump, will have to clarify his position in terms of his predecessors’ plan to remodel the Greater Middle East.

If he really wants to put an end to jihadizm, he will have to recognize the resilience of Syria and re-position the United Kingdom, Saudi Arabia and Turkey.

As soon as the new Secretary of Defense, General James Mattis, had been nominated, President Donald Trump asked him to prepare plans which would enable him not simply to displace the jihadists here or there, or to rely on some and not on others, but to eliminate them all.

During his speech before Congress, on 28 February, he confirmed that his objective was to put an end to «radical Islamic terrorism».

In order to avoid errors of interpretation, he pointed out that both Muslims and Christians were victims of this form of terrorism.

His position is therefore not aimed against Islam itself, but against the political ideology which uses Muslim references.

It would seem that the US chain of command will soon be rectified.

Once the objective and the methods have been decided by President Trump, the military will be given free reign to lead the operation as they see fit.

Responsibilities will therefore be shared in advance – the Pentagon will have to assume any blunders, and the White House will have to answer for any defeats.

This is why it is a good idea to clarify as quickly as possible the position of the United States in terms of the Syrian Arab Republic.

It should be announced in Washington on 22 March, during a meeting of the anti-Daesh Coalition, in the presence of the Secretary of State, Rex Tillerson.

The least we can say is that for the moment, nothing has changed on this subject – at the Security Council, ambassador Nikki Haley supported yet another project for a Franco-British resolution against Syria, and collected a sixth veto from China, and a seventh from Russia.

Behind the Franco-British maneuver of accusing without proof, on the simple basis of alleged witness accounts from the aggressor groups, Syrian ambassador Bashar Ja’afari denounced an attempt to justify regime change, and also to absolve Israel, which is guilty of possessing a nuclear arsenal, despite the Treaty on the Non-Proliferation of Nuclear Weapons.

Putting an end to jihadizm would mean abandoning the joint plan by London and Washington to remodel the Greater Middle East and place the Muslim Brotherhood in power everywhere.

That would be tantamount to recognizing that the «Arab Springs» were nothing more than the re-run by the CIA and MI6 of the «Arab Revolt» of 1916.

This would make it necessary for the United Kingdom to abandon a map that it has been developing patiently for a century; for Saudi Arabia to dismantle the Muslim World League, which has been coordinating the jihadists since 1962; for France to let go of its fantasy of a new mandate over Syria; and for Turkey to cease sponsoring their political organizations.

In all probability it is therefore not a uniquely US decision, but one implicating at least four other states.

Despite appearances, this decision is a lot bigger than Syria.

It could mean the end of the Anglo-Saxon imperial policy and its innumerable consequences for international relations.

This is in fact the aim of Donald Trump’s electoral programme, but no-one can tell if he will be able to implement it effectively, faced as he is with the extraordinary opposition of the US elites.

As for the chairman of the US Joint Chiefs of Staff, General Joseph Dunford, he held a meeting in Ankara with his Russian and Turkish counterparts.

The participants dealt with questions concerning the avoidance of interference between the different armies in a conflict with multiple actors.

Iran was not invited, considering that on the ground — unlike Hezbollah — its armed forces have for a long time been limiting themselves to the defense of Shiite populations only.

While the Syrian Arab Army liberated Palmyra once again, the contingent of US military illegally present on Syrian soil had been expanded to 900 men.

It crossed the North of Syria, making itself as conspicuous as possible.

The most important practical question is what troops the United States are expecting to rely on for support in an attack on Raqqa.

The Press continues to claim that the Pentagon is counting on the Kurds of the YPG, but other sources are talking about a possible reproduction of the plans for Mosul — US advisors supervising the national army.

During the meeting in Ankara, General Dunford seemed preoccupied by the foreseeable Turk-Kurdish confrontations, particularly since a part of the YPG has chosen to place itself under the protection of Damascus faced with the announcement of a possible Turk-Mongol tsunami.

At best, it will be on 22 March that we find out if President Trump accepts to admit that the Obama administration lost the war against Syria, and if he is serious when he says he wants to eradicate jihadism.

And what will become of those who, for a century, were the faithful executors of British policy?