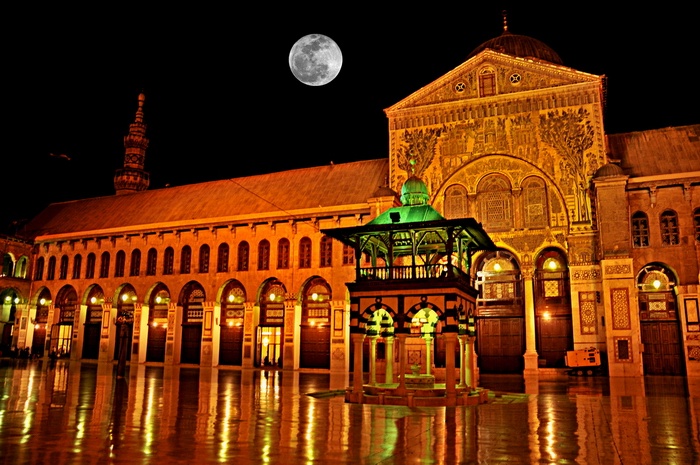 Yes… Syria will return a strong, unified and beautiful than it was… our bet on its creative people who will bring rebuild it back with their mighty arms… and here are the reasons for our optimism

Everywhere I go in this world, by virtue of my journalist and academic duties, most recently in India, I find our Syrian brothers, and the overwhelming majority of them are creative in their fields, and they are superior in their business, with no one can compete with them for the success.

The constant repeated question on their tongues after the greetings, salutations and the traditional courtesies, is: «Is the situation will calm down in Syria Mr. Atwan?

Will Syria going to get back to us just as we know it, an oasis of security, stability with co-existence of all its people … o God… we got tired, sir, and our absence from our homeland had went for long and we suffered dearly from… There is no more beautiful place like our country in the world».

I do not have a magic crystal ball and I don’t read horoscope, and I am not a big fan of the Arabic coffee, (I don’t say Turkish, because are the ones who exported it to the world from Yemen), but I can say, without any hesitation, that Syria will return a strong unified Sparkling with everyone’s coexists under its umbrella, and these black clouds that is hanging over its airspace will be gone, and new dawn of hope and different.
Be patient o people.

This confidence comes from the Syrian people themselves, and the experiences of history, because, that people are on a high degree of cultural awareness and the ability to distinguish between those who stand with them, and conspires against them and wants to destroy their country and dismantle it, and eliminate all its elements and reasons of its strength, pride and dignity, citing with lies, similar to what took place on the people of Yemen, Iraq and Libya.

Who contemplates the developments of the Syrian crisis over the past six years, and get mixed with the Syrian people these days, away from demagoguery and misinformation brigades, understands what we say, as it realizes at the same time the size of the rapid change in the Syrian scene.

We wrote hundreds of articles that monitor the realities on the ground, and in the battlefield, and we gave our opinion, with many people like us who also gave theirs, in favor of this side or that, some of us had stems from his wishes, and reflects the viewpoint of the trench, which stands in, others standing on its opposite, and the criteria themselves, and it was the ones who are objectives who like all of Syria, and the Syrians believe that regardless of their beliefs and persuasions, political attitudes and allegiances… are brothers and loved ones, but these were and still are a few, but the few insurers with cultural roots in Syria, which extends for more than eight thousand years.

Some may accuse us with being emotional, with a constructional writing, and those of us who have studied and lectured in the most prestigious universities in the world, let it be… There are a lot of people, unfortunately, who don’t want to hear a positive word that brings hope to the hearts of the «wounded» Syrians and sharpen their will, and dissipate even a little bit of their negativity.

I went to Istanbul and found the Syrian restaurants are crowded with customers, as well as groceries, as I’ve found is also bursting with offices for businessmen and craftsmen, they excel stages on their fellow Turks, and I stopped by the Sixth of October City on the edge of the Egyptian capital, Cairo, and found the finest cafes, restaurants and shops, and its Syrian owners, who turned it to heaven, welcoming you with broad smile, and you make you feel like you know them for thousand years ago, even in India, which is overflowing with more than a billion and a third of a billion humans, you’ll find find stories of their successes, either Dubai, Berlin, Malmo, London and Paris and so on.

The great Syrian human with his creativity, will restore his country’s and will reconstruct it with his mighty arms in less than five years, as soon as the security and stability back with national reconciliation, Aleppo will return to its best, as well as Homs, Hama, and Palmyra and Raqqa, and all the other cities, and all the emigrants will return too, but loaded with money, hope and determination with tolerance too.

We’re certainly will not forget all the martyrs who have fallen victims due to this sedition, and the plot, and we’re insist in our description, and there is no place for us here to repeat explain the reasons, when the opposition sits with the government delegation without barriers or charges, it means that, the reconciliation is possible, and the reconciliation are not far away, and all the taboos or most of them have fallen, and the future promises with more.