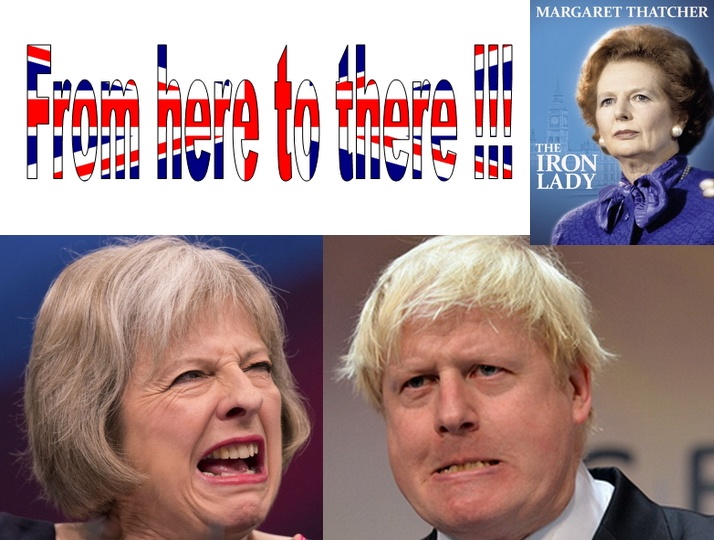 The Empire that the sun never sets, the United Kingdom or Great Britain, which seized control throughout the vast world & has been an influential force that enabled them to dominate the world for several centuries ago.

Britain, the largest colonial state in the universe, which had controlled vast tracts of land all over the world in all continents of the globe.

Britain with, the mighty naval fleet, which the Spanish Armada fleet & Napoleon fleet, collapsed on their hands.

The state, which was basically in World War I — II & emerged victorious without having swallowed the bitterness of defeat and occupation, similar to what happened with France, not even on the contrary, Britain had the most important role of liberate Europe from the Nazis.

Britain today is in the worst level that is possible to be reached, Despite the that the UK still maintains a lot of colonial privilege & symbolic presence of the rule of its queen Elizabeth II in many countries such as Australia, New Zealand & Canada.

Being an influential member of NATO, but today, Britain has become parked on the side of the road of the international politics, impact & influence.

After the dramatic exit from the European Union with the still fully undecided yet situation about the future of its unity as a kingdom, in the light of survival of desire among Scotland & perhaps Northern Ireland to declare independence.

Britain today I still a monarchy & governed by the 90 years old, Queen Elizabeth II, of course, it’s a symbolic ceremonial & protocol rule, has no decision-making role nor executive authority in political life.

Since the resignation of Mr. David Cameron, the one who was considered as the fare worse prime minister of the United Kingdom throughout history, with the advent of the referendum results, which decided the fate of Britain & «Brexit» from the European Union.

A group of strange objects has come to power in Britain, to lead the decrepit state at some point after the European Union.

We see «Theresa May» as Prime Minister & Boris Johnson, Foreign Minister (I have deliberately not to add Mrs. & Mr. to their names).

Since these creatures came to lead the British government & the role of the UK has been diminished over the world & no longer has any weight or influence.

Frankly, this is not surprising when we look at the nature of those who in power.

For quite some time last year, I’ve wrote an article in which I describe the case of the British Foreign Minister & I think that, I gave him what he deserve & worth & I’ll not add anything more of what I did already mentioned in that article.

Today I’m going to talk about the Prime Minister Theresa May.

This woman most likely will enter the history as the worst ever prime minister of the United Kingdom at all, & in all respects in form & substance.

The British government, which reached the spot of the weakness of the lack of value beyond all expectations.

Since the scandal of the Israeli diplomat at the Israeli embassy in London, the one that «Al-Jazerra» channel leaked an investigation video report of him conspiring with the help of on former British Ministers assistant, to get rid of any official or British politician that opposed Israel.

After this scandal appears to the public & the ensuing clamor within British society, with meager reaction by the British government, which also shows us the reality of the dire situation which reached in this Kingdom.

This error came by the White House staff several times in the official schedule for a meeting between Theresa May, US President Donald Trump, in Washington, which took place last January, in the framework of her visit to the United States.

It been written at the document the name of the British Prime Minister without the letter «h», to look «Teresa May» instead of the correct name «Theresa May», which is «Teresa May» the very name of the British famous fashion & pornographic actress, who has participated in a number of «special films for adults.»
According to British media later that the press office of the White House subsequently amended this error, with its worth mentioning that this linguistic error is always repeated since «Theresa May» took the position of the British Prime Minister.

Now we came to another story which will not be the last in showcasing the miserable condition of the Great Briton government.

The British finance minister Philip Hammond, has handed the House of Commons on Wednesday the first budget of the United Kingdom since the «Brexit» from the European Union, which seems that it will adopt heavy austerity.

What aroused the attention during the Budget debate session, the look of the British Prime Minister, with her laugh in a «tense» way, as it described at the «Metro newspaper»; like «Disney villain» who uses steroids.

During a speech Jeremy Corbin, the leader of the opposition Labor Party, in the same meeting May entered into this bizarre situation that made her shaking in her seat, a move her head in a way that terrified her private guard.

After this video, comments on Twitter has spread talking about this strange situation, which it’s not known if it was just laughing & ridicule from the words of Corbin & his question that he gave, or the case of a real spasm that requires medical treatment.

It seems that the Great Britain, now is controlled by insane people, or at least people that are suffering from mental illness, that require specialists & Psychologists to be sure of their mental safety, it is unthinkable to have any sane person that could describe the British Prime Minister & its foreign minister with other descriptions.

Your place is not at the «10 Downing Street», but in the Sanatorium of mental illnesses, because you need therapy.