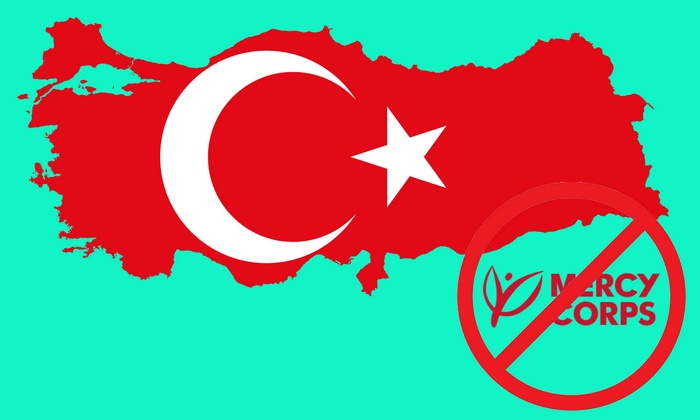 Turkey has ordered U.S.-based Mercy Corps, one of the largest humanitarian organizations delivering aid to Syria, to immediately shut down its Turkish operations, the group said on Wednesday.

Mercy Corps said the Turkish government had not given a specific reason for the decision, which will mean ending a program that provides regular assistance to hundreds of thousands of besieged Syrian civilians and refugees.

«Our hearts are broken by this turn of events, which comes after five years of cooperation with the government of Turkey and other local partners», Mercy Corps said in a statement on its website.
«We continue to seek a dialogue with Turkish authorities in an effort to obtain permission to resume our operations in Turkey as soon as possible».

A Turkish government official told Reuters that the decision was «technical» and that Mercy Corps had failed to meet some documentation requirements. It was not immediately clear which documents the group had failed to provide.

Mercy Corps said it was grateful for the cooperation given until now by Turkey, «which has generously opened its doors to more than 3 million refugees since the Syria conflict began».

Since 2012, the group said, it has conducted from Turkey one of the largest humanitarian operations in Syria, delivering life-saving assistance to between 350,000 and 500,000 civilians each month.

«Our operations in Syria will continue, and our priority right now is to limit any adverse effects our departure from Turkey may have on the innocent men, women and children who depend on our assistance», Mercy Corps said.