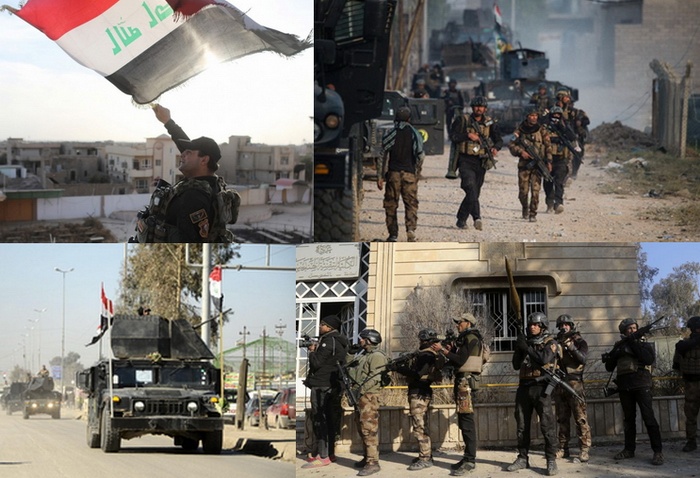 A special Rapid Response team stormed the Nineveh governorate building and the surrounding government complex in an overnight raid that lasted about an hour, he said.

«They killed tens from Daesh», he said, referring to the Islamic State group by one of its Arabic acronyms.

Seizing the government complex would help Iraqi forces attack the militants in the nearby old city center and mark a symbolic step towards restoring state authority over Mosul, even though the buildings are destroyed and not being used by Islamic State.

The battle for Mosul, which started on Oct. 17, will now enter a more complicated phase in the densely populated old city where, the Iraqi military believes, several thousand militants are among the remaining civilian population.

It was from the grand al-Nuri Mosque in the old city that Islamic State leader Abu Bakr al-Baghdadi declared in 2014 a «caliphate» spanning parts of Iraq and neighboring Syria.

The old city lies on the western bank of the Tigris river that cuts Mosul in two halves. About 750,000 people were estimated by aid organizations to live in west Mosul when the offensive started on this side of the city on Feb. 19.

The Iraqi forces took the eastern half of the city in January, after 100 days of fighting.

A U.S.-led coalition is providing key air and ground support to the offensive in Iraq’s second-largest city.