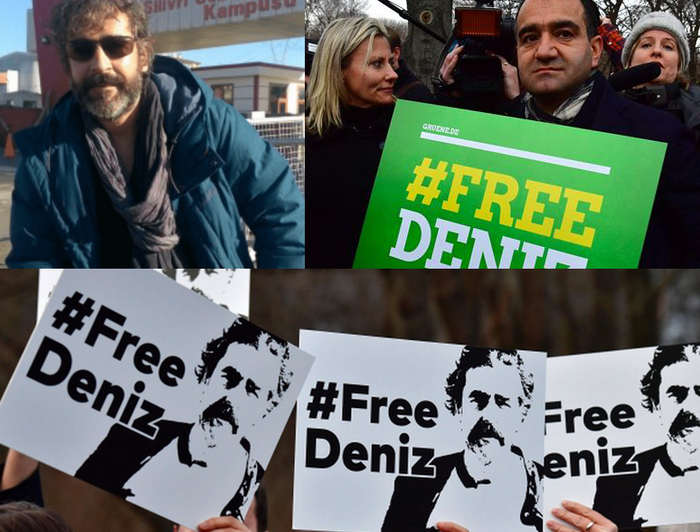 Deniz Yucel, a German-Turkish journalist arrested last week in Turkey, views his solitary confinement in Turkey as «almost a form of torture», but said his health and mental condition are good, the German newspaper he reports for said on Sunday.

The newspaper Welt am Sonntag published a short letter that it said Yucel dictated to Safak Pavey, a member of the CHP Turkish opposition party, during a visit at a high-security prison located about 80 km (50 miles)from Istanbul.

Yucel’s arrest has jolted relations between Ankara and Berlin.

Turkish President Tayyip Erdogan said the dual German-Turkish national was a «German agent» and a member of an armed Kurdish militant group.

A source in Germany’s foreign ministry told Reuters those accusations were «absurd».

The journalist was arrested on Monday on charges of propaganda in support of a terrorist organization and inciting public violence and faces up to 10 1/2 years in prison if convicted.

Germany has demanded his immediate release.

«Here at the prison in Silivri I am in an individual cell. That is very disturbing. I am being treated well, but being alone is almost a form of torture», Yucel said in the letter.

He said prison guards had not allowed him to write the letter himself, and had even checked his hands to ensure he had not written any secret messages on them.

«I am not supposed to communicate with anyone, and am kept alone in my cell», Yucel said.
Amid souring relations between the two NATO allies, Turkish leaders have condemned Germany for cancelling rallies of Turkish residents ahead of a vote to boost Erdogan’s powers.

Turkey’s economy minister is due to speak at two events in the state of North Rhine-Westphalia on Sunday, with at least one of the events aimed at rallying support for the April referendum among the estimated 1.5 million Turkish citizens in Germany.

A poll conducted by Emnid for the Bild am Sonntag newspaper showed that 81 percent of Germans believed the German government was too accepting of Turkey’s behavior.

Nearly half of the 500 people polled on March 2 believed that the European Union should cancel a migration deal with Turkey, while 38 percent rejected such a move, Bild reported.

A huge sign reading “#freedeniz” has been hung on the roof of the headquarters of the Bild and Welt newspapers in central Berlin.