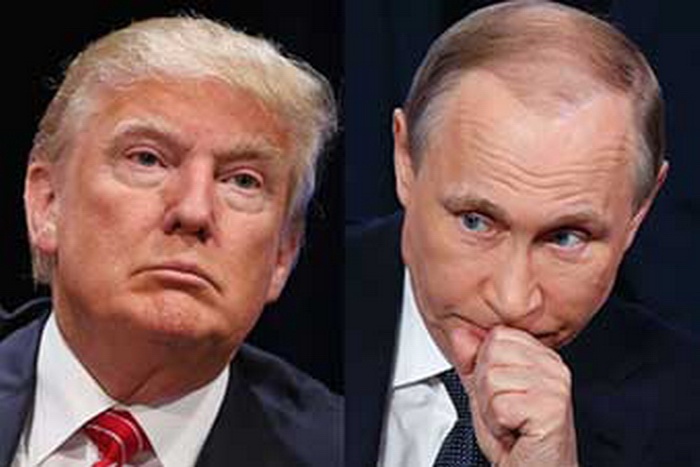 With his administration on the defensive over investigations into alleged Russian meddling in last year’s election, U.S. President Donald Trump is no longer tweeting praise for his Kremlin counterpart.

Less than five weeks after he took office, the chances of a spring thaw in relations between Washington and Moscow – once buoyed by an apparent «bromance» between Trump and President Vladimir Putin during the U.S. political campaign – are looking much dimmer, U.S. officials say.

His top foreign policy advisers have started talking tougher on Russia, and the apparent cooling of Trump’s approach follows the resignation last month of his first national security adviser, Michael Flynn, a vocal advocate of warmer ties with Moscow.

He was replaced by Army Lieutenant General H.R. McMaster, who is more hawkish on Russia and allied with Defense Secretary Jim Mattis, a retired Marine Corps general.

In one other sign of a stiffening attitude, two officials said the administration had offered the job of top Russia adviser at the National Security Council to Russia scholar Fiona Hill, a leading Putin critic.

Her books include «Mr. Putin, Operative in the Kremlin», an allusion to the Russian leader’s past as a KGB officer.

It was not immediately known whether she had accepted the post.

Pressure also has come to bear from Trump’s fellow Republicans in Congress, long wary of his campaign overtures to Putin, and from European allies anxious over any sign that the president might prematurely ease sanctions imposed on Russia after its annexation of Crimea and support for pro-Russian rebels in Ukraine.

Posing fresh obstacles to rapprochement with Russia, analysts say, is mounting evidence that Attorney General Jeff Sessions, the president’s son-in-law Jared Kushner, and other members of Trump’s team communicated with Russian officials during and after the presidential campaign.

The mushrooming inquiry — which is now focused on Sessions and his contacts with Moscow’s ambassador to Washington — has fueled calls for expanded investigations into allegations that Moscow sought to sway the election’s outcome.

«There is so much panic in the U.S. political establishment over Russia right now that Trump will be boxed in on what he can do», said Matthew Rojansky, a Russia expert at the Wilson Center think tank in Washington.

White House officials say there were no improper contacts, and Russia denies any meddling.

NO SWIFT WARMING OF TIES EXPECTED

While Trump has yet to lay down his Russia policy, most signs suggest no swift changes in the relationship, which sank to a post-Cold War low under his predecessor Barack Obama, mostly due to bitter differences over Syria and Ukraine.

Mattis sought to reassure NATO allies during a visit to Europe last month, telling them there would be no military cooperation between the United States and Russia in the near future.

U.S. Ambassador to the United Nations Nikki Haley this week denounced Russia for casting a veto to protect the Syrian government from Security Council action over accusations of chemical weapons use, and also recently insisted the United States would not recognize Russia’s seizure of Crimea.

Trump’s openness to closer ties to Russia and his emphasis, particularly during the campaign, on fighting terrorism sparked concerns among current and former U.S. officials that he might trade away U.S. interests in other areas in exchange for military and intelligence cooperation against groups such as Islamic State.

Trump’s language on Russia now has shifted somewhat from campaign days, when he tweeted his admiration for Putin as a strong leader, and the Russian president paid him compliments.

Two senior European officials this week told reporters in Washington they discerned an evolution in the Trump administration’s stance toward Russia, saying there appeared to be no desire to engage in such a «grand bargain» in which, for example, Ukraine-related sanctions might be eased in return for Russian action on other issues.

«What we consider reassuring is that, at least during our meetings, nobody came with this idea of a grand bargain, with the idea of a big deal», said one senior European official on condition of anonymity.

Said a second senior European official: «Vis-a-vis Russia, to be frank I have the impression that the analysis and the positions of this administration are probably now closer to our position than (they) may have been two or three months ago».

Recent Russian actions have created new complications, including a stepped-up offensive by pro-Russian separatist forces in eastern Ukraine and what the Pentagon described as the bombing this week by Russian and Syrian aircraft of U.S.-backed Syrian rebels – something Moscow denied had happened.

For its part, the Kremlin said on Wednesday it was patiently waiting for «some kind of actions» from the Trump administration so that it could understand what the future holds for relations.

U.S. Senator Marco Rubio, a Republican member of the Foreign Relations Committee and former 2016 presidential candidate, had words of caution for Trump about future dealings with Putin.

«We have had two presidents — a Republican and a Democrat — previous to the current president who thought they could do such a deal with Vladimir Putin», he said on the Senate floor on Wednesday.

«Both of them fell on their face because they did not understand what they were dealing with.
It is my sincerest hope that our current President doesn’t make the same mistakes», Rubio said.