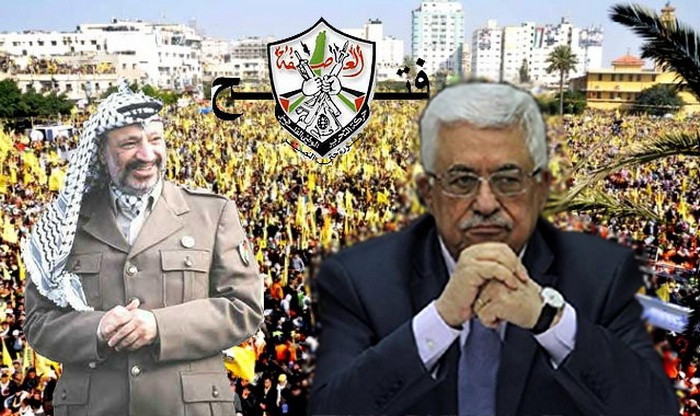 The Ramallah-based Palestinian Authority (PA) attended the former gathering, but poured all the scorn it could muster on the latter.

Its ruling party, Fateh, issued a statement condemning the conference and questioning the motives of its organizers.

It accused them of challenging the status of the Palestine Liberation Organization (PLO) as sole legitimate representative of the Palestinian people and trying to set up an alternative to the Palestine National Council (PNC) as part of a plan to cause a schism. Holding the conference at such a time and in such a manner, it said, was a service to the hard-right Israeli government of Binyamin Netanyahu and all who seek to wipe out the Palestinian cause.

In recent years, Fateh has taken to issuing statements of denunciation and condemnation against all manner of Palestinians who have tried to do something to serve their national cause.

This instead of doing something itself, using the 150,000 employees on the payroll of its PA and the resources of its 90 diplomatic missions scattered around the world. These have turned into providers of cushy employment for sons and daughters of senior officials who do much less than the minimum required of them to serve their country’s cause and spend their time engaging in petty power-struggles and score-settling.

Why doesn’t Fateh convene its own Palestinian diaspora conference — bringing together representatives of all diaspora communities, held away from Ramallah so they do not have to cross Israeli barriers, and with no controls on what is said so all can express their views in full freedom? The movement has the funds to afford to hold such a gathering – just as it covered the costs of its recent General Congress and meetings of its Revolutionary Council and the Palestine Central Council, and spends lavishly on its embassies and ambassadors, and why doesn’t it build bridges with all components of Palestinian society as other groups do, and show a little humility: it is no longer boldly leading the defence of Beirut, after all, but under occupation in Ramallah.

President Mahmoud Abbas has put Fateh into deep-freeze, not to say killed it, though that might be the more accurate description.

Who would have imagined that a top Fateh leader like the secretary of its central committee, Jibril Rujoub, would be humiliated at Cairo airport and put on the first plane back as though he were a criminal?
Had the movement maintained its stature and authority by adhering to patriotic positions and raising the banner of resistance, nobody would have dared deliver such an insult – not just to the movement but the Palestinian people as a whole.

When President Abbas spends his time meeting the stars of the TV talent show Arab Idol, and is more interested in reconciling them with each other than in inter-Palestinian reconciliation, it is only to be expected for the Palestinian cause to be relegated, sidelined and neglected in the Arab world and internationally.

I strongly oppose any attempt to undermine or bypass the PLO’s institutions or create alternatives to them, especially the PNC, of which I am a member, but at the same time it is unacceptable for these institutions to be put on ice or even destroyed, either through neglect or by being supplanted by the structures of a corrupt and incompetent PA which has become a pariah for the vast majority of Palestinian people.

Approve of it or not, the diaspora conference in Istanbul is an alarm bell for the PA, Fateh and the other Palestinian factions.

It reflects a mood of anger and frustration at the status quo among Palestinians of all persuasions, and of having had enough. This mood and its implications should be taken very seriously by Fateh, To remain relevant it needs to revert to its proud patriotic roots and preserve its pioneering legacy of resistance.

The tragic condition to which the Palestinian cause has been reduced cannot be allowed to persist.

This must be the first and possibly only time ever that a nation liberation movement collaborates with its occupiers, takes pains to safeguard the security of their settlers, and not only absolves the occupying power of all responsibilities but tries to whitewash its bloody image.

The vast majority of Fateh members are honourable people, and I urge them to rebel against this situation, initiate a serious campaign to change it, and lead a new Palestinian project grounded in patriotism. They and their movement have a great legacy of resistance, leadership, initiative, sacrifice and inclusiveness to draw on.