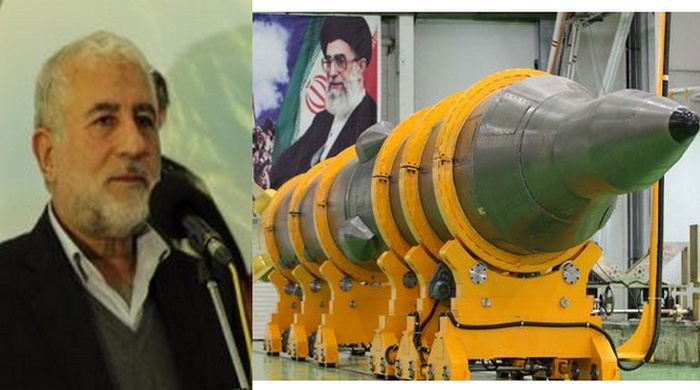 The Military adviser of the commander of the Quds Brigade of the Iranian Revolutionary Guards, Brigadier General Ahmad Karimpour, threatened to destroy Israel.

Brigadier General Ahmed Karimpour said that «all the important centers in Israel had been identified and will be destroyed in 7 minutes and 30 seconds», If Iran is subjected to any aggression, Karimpour stressed that his country is ready to respond to any military attacks, adding that «if it necessitated we’ll bring Tel Aviv and Haifa to the ground within 7 minutes, there is no joke about it».

He added that, «all our cities are ready for such operations and to teach the «Zionist entity» and its allies that».

The warnings came by the Military adviser of the commander of the Quds Brigade of the Iranian Revolutionary Guards, Brigadier General Ahmad Karimpour, that «launching any missile from any towards Iran, all the aggressor countries will be targeted our missile cities», adding that «the enemy declares constantly that the military option is on the table, so why do not activate military choice?
How long you want to keep it on the table»?