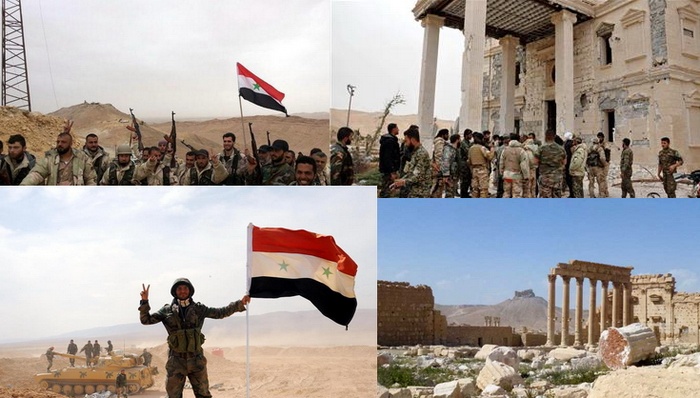 The Syrian government army with Russian air support, succeeded to regain the ancient city of Palmyra.

A few hours ago, sources from Syria, said that, Daesh fighters did actually withdraw from the City of Palmyra too, after leaving explosives and bob traps in multiple areas inside the city.

The Syrian Government forces are continuing advancing in the area the secure the entire are, with possibility to advance further more in the upcoming days to reach out to area’s inside of western Deir ElZor governance, taking advantage of the trembling situation that ISIS is going through under heavy attacks in multiple front and the fast fall of all the left areas that sill under the control of Daesh.

The Syrian democrat forces still under way advancing near the city of Raqqa backed US air support.