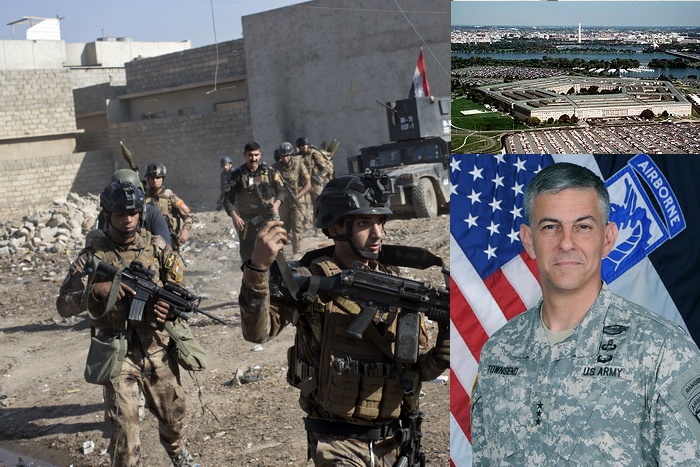 The commander of the international coalition forces in Iraq and Syria, lieutenant General Stephen J. Townsend, announced that the total number of militants of «Daesh» in Syria and Iraq is approximately between 12-15 thousand.

He also remarked that after the Iraqi forces launched with the support of the international coalition led by the United States, the process of the restoration of the city of Mosul from the grip of the «Daesh» in October in last year, did successfully accomplished big advancement.

In mid-February of this year, Iraqi Prime Minister Haider al-Abadi announced the beginning of the military operations to continue liberate the western side of Mousl city after the liberation of the eastern side.

Meanwhile the Iraqi army is advancing inside the neighborhoods of the west Mosul after they managed to enter in February 24 and tighten the control over the international airport there, with cutting the last gates of withdraw of Daesh from the west.