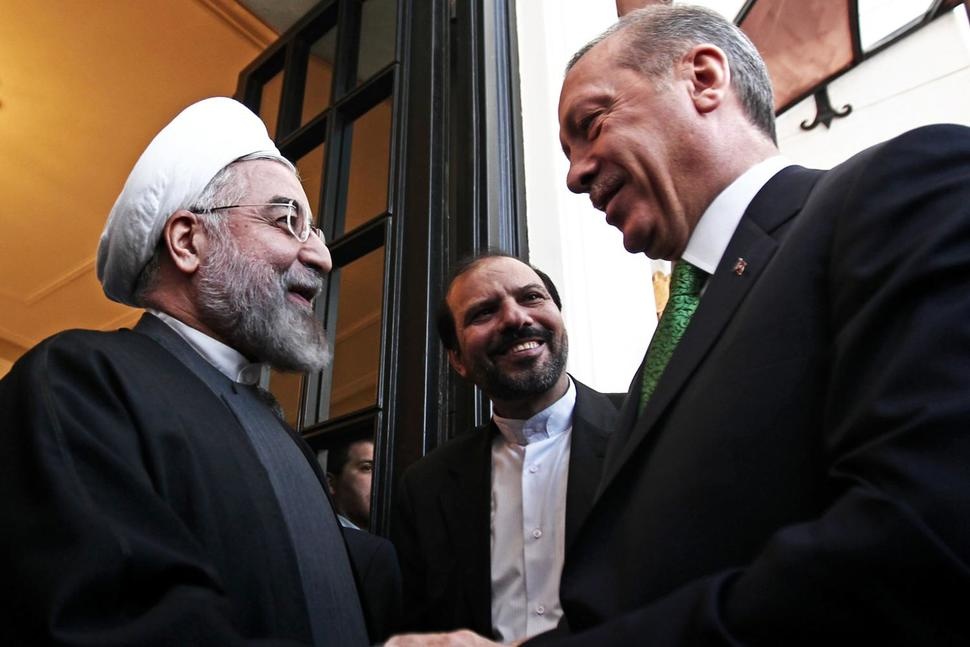 Turkey back down after less than a week on their accusations against Iran of sectarianism and division of Iraq, Syria and turn them to shiatizm … Why to launch such accusations at beginning with if they will be forced to apologize then? And where is the fault?

We were among few politicians and writers who were disapproved, the offensive statements made by Turkish President Recep Tayyip Erdogan and his Foreign Minister Mouloud Jawish oglu, in which he accused Iran by working on the division of Syria and Iraq, butting both countries into shiatizm and the act of the premises Persian nationalism, and adopt policies that lead to a destabilization of the region, it’s in fact not for the love Iran, much as it for the credibility of Turkey and its interests, and we expected that they two will backed out from their statements after the Iranian tough warning, which in the words of Mr. Mohammad Javad Zarif, Iran’s foreign minister, and compared to the previous experiences, and analyzing in-depth the Turkish official positions in the past six years.

Our expectations were in place, and we didn’t wait for long overlooking until we’ve witnessed the two men backed down from their remarks and statements.

Here is Mr. Jawish oglu, gives interview told the official Iranian News Agency (IRNA), aired on Wednesday, in which he says «We will never forget Iran’s support and their standing beside the Turkish Government and the Turkish people, during the failed coup which took place in last year, July 15».

He added, «there are many commonalities between Iran and Turkey, and cooperation between the Iranian and Turkish peoples contributed to the development of fraternal relations».

He concluded his statement «saying that» countries that needed further consultation and dialogue to establish relationships and to prevent any misunderstanding”, this may mean a soon visit to be made by him of his president Erdogan to Tehran.

This is not the first time that we have witnessed such backed downs, and there is a huge volume of files that documented their counterparts, ranging from an apology to Russia, and redeem the strategic relations with the state of the Israeli, with dropping all the conditions relating to the lifting the siege on Gaza Strip, and the end of the current weave of and fraternal relations with Iran.

Mr. Mohammad Javad Zarif, Iran’s foreign minister, was sharp, and quickly, in response to President Erdogan and his foreign minister Jawish oglu, when he said that «Our neighbor Turkey has weak memory and ungrateful, they accuse the Islamic Republic of Iran with sectarianism as if they forgot our position on the night of the occurrence of the recent military coup when We stayed until the morning following the situation despite the fact that the Government of Turkey is not Shiite».

Yes, the Turkish government memory is in fact weak and ungrateful, and because of that they’re surrounded by enemies instead of friends as it was ten years ago, and played a key role in igniting sectarian wars and destabilization of most of its neighbors stability, Syria in particular, and still occupies part of its territory under the pretext of the establishment of a safe area.

If the Turkish government will be forced to apologize to Russian President Vladimir Putin and the Russian language, to avoid the voracious, and lifting of economic sanctions which was imposed on them by Russia, so why to shot down their aircraft near the Syrian border, under the pretext of impenetrable regional airspace for a few seconds, if they will back down at the end and apologize.

Why to issuing a provocative statements and remarks against Iran, if they later going to back down, why to fire this shot from the beginning?

This unrestrained statements «and» the quick retreats later, shook the confidence of the Turkish positions, and reduced much of its credibility, and negatively reflected its position regionally and internationally, and this is a painful position for all the fans who were impressed by the experience of its rule-based democracy on the development of an unprecedented rise rates.

Turkey’s stability is now threatened because of the policies pursued by the Government, and amassing enemies against it, and provide the ammunition needed for terrorism, and the owners of separatism within its borders, the Turkish economy, which was «a source of pride» in its prosperity in the region and the world is falling and stands on the brink of collapse, with hotels of Istanbul, as been told by a friend of mine last week, almost devoid of tourists, and the Turkish Lira oscillating between ups and downs under the roof of the four pounds to the US dollar, however, Turkish officials is creative in creating enemies, and the loss of one friend after another at a breakneck speed.

Bet on American President Donald Trump hostile to Islam and Muslims, a losing bet, the line-up in the trench against Iran, Russia or China, gamble risky, force Turkey truth lies in good relations with its neighbors, opening channels of dialogue to settle all outstanding crises, and to maintain its cultural heritage in coexistence among all sects and ethnicity and dedication and intensity of the demographic, geographic, and dissemination of this heritage in the whole region, while the other means of fragmentation, and civil wars, economic collapse, and this is what we do not want to Turkey, or any country in the region, because it will be the most prominent victims… and the days between us all.