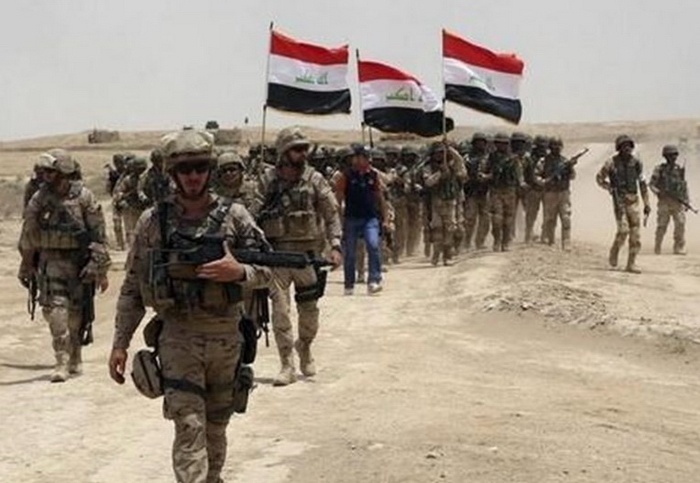 U.S.-backed Iraqi army units on Wednesday took control of the last major road out of western Mosul that had been in Islamic State’s hands, a general and residents there said, trapping the militants in a dwindling area within the city.

The army’s 9th Armored Division was within a kilometer of Mosul’s «Syria Gate», the northwestern entrance of the city, a general from the unit told Reuters by telephone.

«We effectively control the road, it is in our sight», he said, Mosul residents said they had not been able to travel on the highway that begins at the «Syria Gate» since Tuesday.

The road links Mosul to Tal Afar, another Islamic State stronghold 60 km (40 miles) to the west, and then to the Syrian border.

If they defeat Islamic State in Mosul, that would crush the Iraq wing of the caliphate declared by the group’s leader Abu Bakr al-Baghdadi in 2014.

The U.S. commander in Iraq has said he believes U.S.-backed forces will recapture both Mosul and Raqqa, Islamic State’s Syria stronghold in neighboring Syria, within six months.

The Iraqi forces on Tuesday battled their way to within firing range of Mosul’s main government buildings, a major target in the offensive to dislodge Islamic State militants from their remaining stronghold in the western side of the city.

Terrified civilians were fleeing the fighting, some toward government lines, often under militant fire. Others were forced to head deeper into Islamic State-held parts of the city, straining scarce food and water supplies there.

If they defeat Islamic State in Mosul, that would crush the Iraq wing of the caliphate the group’s leader Abu Bakr al-Baghdadi declared in 2014 over parts of Iraq and neighboring Syria.

The U.S. commander in Iraq has said he believes U.S.-backed forces will recapture both Mosul and Raqqa — Islamic State’s Syria stronghold — within six months.

«The provincial council and the governorate building are within the firing range of the Rapid Response forces,» a media officer with the elite Interior Ministry units told Reuters, referring to within machine gun range or about 400 meters (1,300 feet).

Taking those buildings would help Iraqi forces attack the militants in the nearby old city center and would be of symbolic significance in terms of restoring state authority over the city.

U.S.-trained Counter-Terrorism Service (CTS) units battled Islamic State sniper and mortar fire as they moved eastwards through Wadi al-Hajar district to link up with Rapid Response and Federal Police deployed by the riverside, in a move that would seal off all southern access to the city.

The militants set ablaze homes, shops and cars to hide their movement and positions from air surveillance. Satellite pictures also showed a fabric cover set up over a street in the old city center.
Residents in districts held by the militants said they were forced to take their cars out of garages onto the street to obstruct the advance of military vehicles.

Displaced Iraqi women who just fled their home,rest in the desert as they wait to be transported while Iraqi forces battle with Islamic State militants in western Mosul, Iraq.

The bridge, one of the five in the city that were all damaged by air strikes, could help bring in reinforcements and supplies from the eastern side.

Several thousand militants, including many who traveled from Western countries to join up, are believed to be in Mosul among a remaining civilian population estimated at the start of the offensive at 750,000.
They are using mortar, sniper fire, booby traps and suicide car bombs to fight the offensive carried out by a 100,000-strong force made up of Iraqi armed forces, regional Kurdish peshmerga fighters and Iranian-trained Shi’ite Muslim paramilitary groups.

About 14,000 have been displaced so far from western Mosul, according to the Iraqi government, taking the total number of people displaced from the city since the start of the offensive in mid-October to more than 175,000, according to the United Nations.

About 270 civilians arrived early on Tuesday at the sector held by the CTS.

The wounded were taken to the clinic, while men were screened to make sure they are not Islamic State members.

An officer called out the name Mushtaq and one man stood up.

Another officer said they had received information that a militant called Mushtaq was hiding among the displaced.

One man was carrying a woman who had lost consciousness after her son was wounded by shrapnel as they fled the Tal al-Rumman district.

Another man, Abu Ali, arriving from Tal al-Rumman with his four young children, said Islamic State militants had killed their mother three months ago after she went out with her face uncovered.

He said he had found her body in the mortuary, adding: «I would drink their blood», his family had been surviving on bread and wheat grain since Iranian-trained Iraqi Shi’ite militias severed supply routes from Mosul to Syria, essentially besieging western Mosul.

The United Nations World Food Programme said on Monday it was extremely concerned about the dire humanitarian situation facing families in western Mosul.

U.S. personnel are operating close to the frontlines to direct air strikes.

American soldiers were in MRAPs armored vehicles on the Baghdad-Mosul highway, near a billboard welcoming visitors to the Islamic State, «the caliphate that follows the example of the Prophet».