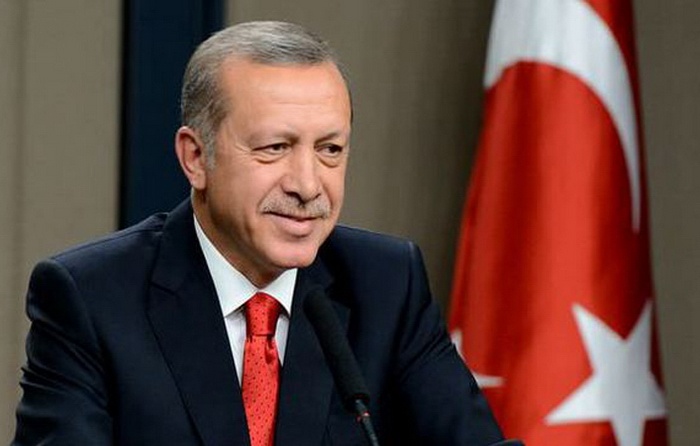 Turkish President, Recep Tayyip Erdogan said that «Turkey doesn’t want to stay in northern Syria, but the goal is to address the threat of anti-Turkish elements in that region», referring to the Kurdish fighters.
In a speech before leaving to Pakistan in an official visit, Erdogan accused the previous US administration procrastination in setting up a safe zone area, despite their declaration of acceptance of it.

The Turkish president said that «if our allies are honest in their war against Daesh we are ready to work with them in order to cleanse Raqqa to return to its people», adding that «we don’t have a goal to stay in that region», according to his words.

Erdogan pointed to the continued operation of the Shield of Euphrates «which succeeded in Jarablos, Al-raai, Dabeq and Al-Bab», stressing that Ankara’s position is «rejecting any presence of Kurdish fighters west of the Euphrates».

The Turkish president, said that «We’ve told to Washington that, there is no room for the survival of the Syria democratic forces and Kurdish people protection forces, west of the Euphrates, but Washington dragging its feet and we want them to withdraw to the east of the Euphrates to hand over Manbej to it’s residents and for them to able to return to their homes».

In the other hand, Turkey’s prime minister Ben Ali Yildirim assures the Iraq Kurdistan president Masoud Barzani during their meeting, that «Turkey’s determination to fight terrorism».

He also said that, «Turkey continues talks with Russia and the United States and the international coalition on tenderness process, pointing out not taken any decision yet».

The meeting between Turkey’s prime minister and the president of Iraq’s Kurdistan region discussed cooperation between the two sides and their efforts, together in the fight against terrorism.