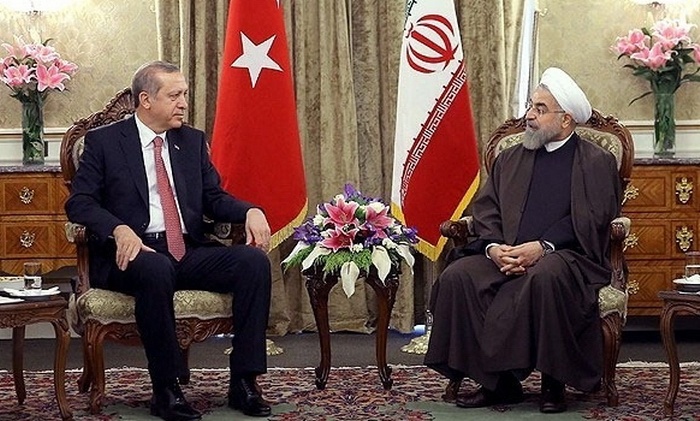 It is Iran that seems to have had a memory lapse, especially with regard to Turkey and its regional policies.

Looking back a little specifically to six years ago – no foreign leader was closer to Erdogan’s heart than his Syrian neighbor and counterpart Bashar al-Assad. He used to meet him almost every month, sometimes even more frequently, either in Damascus or in Ankara. The third member of this partnership was the former emir of Qatar, Hamad bin-Khalifa Al Thani. In fact, the trio formed a strategic alliance. But it all quickly unraveled when Turkey and Qatar, sensing that the tables were turning against their mutual friend, decided to work together to topple him as quickly possible. They intervened militarily in Syria, pumping billions of dollars and thousands of tons of weapons into the country achieve this aim. The ruinous consequences are too well known to recount here.

Nothing is more indicative of Tehran’s short memory than the warm embrace it and its leadership accorded to Erdogan when he came knocking at their door asking for help after Russia imposed harsh economic sanctions on Turkey in November 2015 for shooting down a Russian warplane that allegedly violated its airspace for a few seconds. An agreement was reached to triple the volume of trade between Iran and Turkey to $30 billion annually. Ankara proceeded to roll out the red carpet for Iranian President Hassan Rowhani as an expression of its gratitude.

But this courtship barely lasted a year. It only took a phone call from the new president of the US, Donald Trump, for Erdogan to change course. The two men agreed on the establishment of so-called ‘safe zones’ in Syria – to be paid for out of Saudi coffers – and to work together, along with various Arab and Gulf countries, to confront the Iranian threat to the region. Relations between Ankara and Tehran quickly deteriorated and degenerated into outright hostility, with each accusing the other of sectarianism.
Zarif, who seems to have lost his famous smile in recent weeks, perhaps due to this ‘ingratitude,’ sought to jog Erdogan’s memory. He chided the Turkish president for departing from diplomatic convention by accusing Iran of being driven by sectarian and Persian nationalist motivations, spreading Shiism in Syria and Iraq, and undermining the region’s stability. He also tried to remind him of the exceptionally strong support Iran had shown for his government – despite it not being ‘Shia’ – after last summer’s attempted military coup.

While Erdogan may accuse the Iranians of being sectarian and nationalistic, his own regional alliances are all based purely on sectarian foundations, and his closest domestic allies are ultra-nationalists who despise Arabs, Persians and Kurds. This looks like a classic case of what psychologists call ‘projection’, when you accuse others of what you subconsciously know to be your own faults in a bid to conceal them.
Many of the policies of both Iran and Turkey can indeed be seen as driven by nationalistic and sectarian motives. The same goes for their regional alliances. To claim otherwise is to be ignorant of the region’s history, the wars it has been through and its demographic makeup. There are exceptions to this rule, but they are limited.

The big difference between Iran and Turkey, however, is that the former did not establish any relations with the Israeli occupation state, nor open a diplomatic office or an embassy in Tel Aviv. Instead, it backed the resistance to Israel in South Lebanon and the Gaza Strip — the Sunni Hamas and Islamic Jihad movements with money and weapons. Turkey’s relations with Israel, in contrast, are going through a golden age nowadays. This while Binyamin Netanyahu works day and night to incite against Iran’s nuclear programme and put together a US-sponsored Arab/Israeli/Turkish alliance aimed at attacking its installations and, in reality, the entire country.
All sectarian-based policies whether Turkish, Iranian, or Arab – are abhorrent and must be totally opposed. Sectarianism is the weapon of mass destruction that has done more than anything else to tear the region apart, drowning it in seas of blood in a manner that ultimately serves the Israeli occupation.

Erdogan has unceremoniously ditched some of his closest friends, such as former president Abdullah Gul and ex-premier Ahmet Davutoglu, both of whom backed him fully and lived in his shadow during the first decade of the Justice and Development Party (AKP)’s rule. It would be folly for the Iranian authorities to forget such facts and appeal to the Turkish president’s sense of ‘gratitude’.
The war of words now being waged by the two sides is worrying. It could escalate and trigger indirect or even direct military confrontation, especially after Iran’s warning that ‘there are limits to our patience with Turkey’. Netanyahu fervently wishes for such a war to break out, the sooner the better, as do some of his Arab allies. It would be in the interest of the region’s countries and peoples for the crisis to be contained as soon as possible.