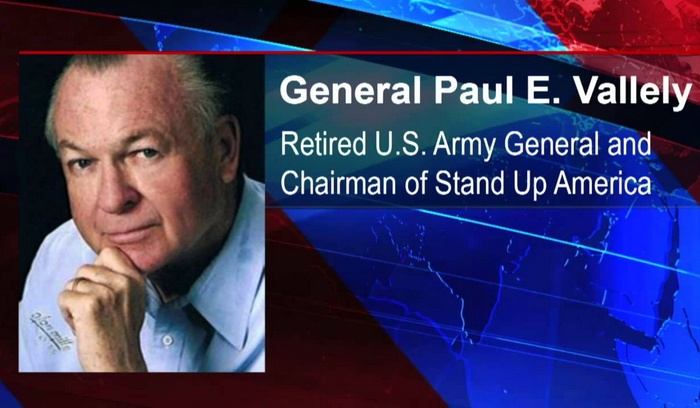 A US expert, the former US army major general Paul E. Vallely, which provides foreign policy advice to the US President Donald Trump’s administration, predicted that Moscow and Washington will reach a consensus on the settlement of the Syrian crisis within 3 months.

He said at his speech at the «Middle East when it comes to tomorrow?» conference, Organized by the «Valdai» International Club, February 28 in Moscow:

«Currently I work on the preparation of a surprise to all of you.

But I cannot reveal to you about this surprise. You have to wait for 90 days to know what will happen between the United States and Russia».

Vallely stressed the need for Russia and the United States cooperate with Saudi Arabia, Egypt and other countries in order to launch the process for the real renaissance in Syria.

Commenting on the drafting of the external approach for Trump’s administration, he added that «this process is going in a very controlled and calculated way».

He explained his opinion, saying: «You have to be patient with regard to foreign policy, and in the sphere of security and soon there will be new ideas».

Paul E. Vallely a retired US Army Major General and senior military analyst for Fox News. and Vietnam War veteran, who was retired in 1993 as Deputy Commanding General, Pacific Command. In 2004, together with retired Air Force Lieutenant General and co-authored the book Endgame: The Blueprint for Victory in the War on Terror and serves as the Military Committee Chairman for the Center for Security Policy and has lent his support to the organization Veteran Defenders of America.

In late 2013, he called for a «March on Washington» by «patriots» to force President Obama to resign, he also the head of Vallely Fund «stand up America» and «heritage» of consulting in the field of national security and considered as top experts of «Valdai» Club that gather participates of politicians and scientists, diplomats from more than 25 countries.