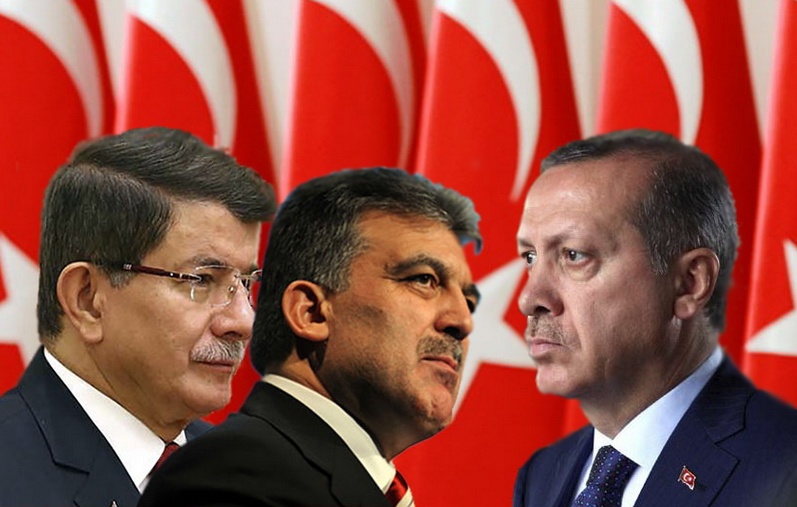 There is an Increasing questions been around the positions of the former Turkish Prime Minister Ahmet Davutoglu and the former President Abdullah Gul regarding the constitutional amendments that include transforming the system of government in the country to a presidential, which president Recep Tayyip Erdogan seeks to resolve it at the next referendum on the sixteenth of April.

Despite that both Davutoglu and Abdullah Gul did not announce in any precedent occasions their refusing or their support for the presidential system which is facing a lot of controversial and big criticism by the Turkish opposition, however, several parties suggested not to their conviction policy pursued by Erdogan in recent times, especially his efforts to pass constitutional amendments to dramatically expand his executive powers.

But with the start of the official campaign to support the vote «yes» in the referendum, some signs appeared where some saw it as a strong evidence of their stance of rejecting the referendum or the minimum refusing to be part of the campaign, which seeks to mobilize the street to vote for or against the presidential system.

Most indicators appeared Saturday, when Davutoglu and Abdullah Gul didn’t be nor participate in the first festival that involved a largest gathering of the ruling Justice and Development Party to announce the official campaign for the party to invite the Turkish public for a yes vote in the forthcoming referendum starting point, except the two former leaders, everyone was there with all ministers and deputy party, new and former, and all his inner personalities and supporting figures, they all attended.

A few days prior to the conference, it been announced that Davutoglu and Gul will not participate in the festival because of the first presence in Saudi Arabia to perform Umrah and the other is involved in a program out of the country, which is a justification that didn’t tolerated by the Turkish street and observers who considered it as a strong indicator of their refusal to go into supporting the constitutional amendments campaigns even though they did not announce their opposition to it.

Also they did not join the broad campaign, which took place on the social media networking sites marked by the issuance of a video saying «I exist for a strong Turkey will vote yes in the referendum», which was attended by all the ministers, MPs and party leaders and a large number of Erdogan’s supporters.

Despite that Abdullah Gul is one of the most prominent of the founding fathers of the ruling Justice and Development along with Erdogan, but he expressed a variety of situations in the past expressing his rejection of some of the policies pursued by Erdogan in particular with regard to dealing with opponents of his policies, whether from outside or inside the party, and later Erdogan proceeded to drop his name from the list of the founding leaders of the party.

While considered Davutoglu, or as he calls his supporters «hoca» (the Master or the Teacher in Turkish) of the most prominent leaders of the party and has the task of a popular base in the Turkish street and was forced to resign as prime minister and party president duo to direct pressure from Erdogan after news of the wide differences between them on many files, including the government’s policies in dealing with neighboring countries and the European Union, but the main reason was according to many observers is the refusal of Davutoglu to follow Erdogan’s bid at the time of the preparation of the constitutional amendment of the system of government in the country to become presidential.

Following that Erdogan has appointed Ben Ali Yildirim in the presidency of the party and Minister for the completion of the task entrusted to him a full-time work in order to pass constitutional amendments, a task which was rejected by Davutoglu and led mainly to overthrow him.

Since he was overthrown by Erdogan as prime minister and party, Davutoglu accustomed not appear in the media except in rare occasions with his refusal to talk about many sensitive issues in the country, particularly the policies of Erdogan.

Some early media reports said, that Erdogan might resort to accuse Abdullah Gul affiliation or support the «service movement» and its leader Fethullah Gulen, which is currently is being accused of leadership a terrorist organization and attempted coup, in case of Gul expressed his rejection in public, observers believe that the obsession with the charge itself is facing Davutoglu strongly as well, which is apparently prevents him from giving any kind of opposition or public criticism of the policies of the strong president, who is most likely, will be ruthless enough to eliminate any one who dare to stand against his dreams and ambitions in anyways even his old comrades.