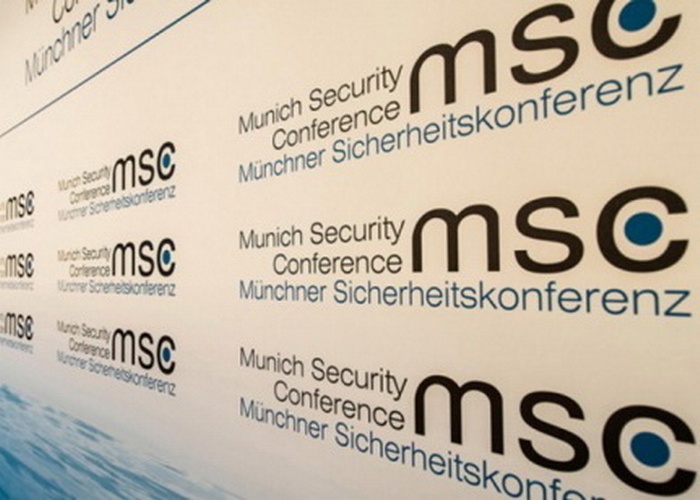 The Munich Security Conference took place between 16 and 19 February. Like every year, it united more than 500 European Ministers and members of Parliament, as well as a number of foreign guests. This is the most important international meeting on European Foreign Policy and Defense.

Ten years ago, in 2007, Vladimir Putin caused a scandal by claiming that it was in the interest of the Europeans not to follow the Pentagon in its military adventures, but to act independently. He also reminded his listeners that his country, Russia, is also a European state, even though it is excluded from the European Union. The participants had laughed at him and his pretentions. As one, they sought protection under cover of the NATO umbrella.

This time, it was Sergey Lavrov who caused a scandal, by calling for a post-Western world order. We are obliged to admit that NATO has lost its superiority in terms of conventional warfare – even though it easily maintains first place in terms of nuclear war. We are obliged to admit that after 15 years of uninterrupted war in the «Greater Middle East», the mirage of remodeling the region into micro-states, each with less than 10 million inhabitants, and the fantasy of eradicating secular régimes for the benefit of dictatorships run by the Muslim Brotherhood, have failed.

Astoundingly, the Europeans persist in pursuing these goals, which have been imposed on them by Washington, but which the People of the United States and their President Donald Trump do not want any more. So the Europeans are counting on the deep US state (that is to say the Raven Rock Mountain Continuity of Government group who organized the attacks of 11 September). Their political leaders continue, as a preventive measure, to denounce Donald Trump’s supposed racism and Islamophobia, the same people who applauded when George W. Bush and Barack Obama killed more than 3 million people. Their Press continually insults Donald Trump, whom it presents as capricious and incapable.

Horrified by the opinions of Donald Trump, according to whom NATO is «obsolete», they were reassured by the declarations of his ministers, who in essence, told them the same thing – NATO no longer needs to exist in its current format — it needs to be transformed into a defensive alliance, and if you want to be part of it, you will have to dedicate 2% of your Defense budget.

Obsessed by their imperialist lunacy, the Europeans were terrified by the possible abandon of their anti-Russian investments in Ukraine and Syria. There too, they were reassured by declarations which were nonetheless as vague as could be. Trump’s ministers repeated that they would give up no interest vital to the USA in Ukraine, and that they would pursue a «political solution in Syria». So why did the Europeans understand that the People of the United States has vital interests on the banks of the Dnipro and that a «political solution in Syria» means replacing the Republic with the Muslim Brotherhood? Simply because that is what they were taught by the Obama administration – the administration that was rejected by the People of the United States.

Of course, everyone can see the struggle between the Trump administration on one side and the «Continuity of Government» group on the other. The mountains trembled when Donald Trump excluded the CIA and the Joint Chief of Staff from the National Security Council. Everyone noticed the way in which the CIA, in response, refused Defense accreditation to six of the President’s advisors, and accused the National Security advisor of being a Russian spy, forcing him to resign, and how they are still pursuing four other representatives from the Presidential team. But losing a few battles does not mean losing the war, and it is distressing that the Europeans – enslaved for so long – do not know this. How can they believe that Donald Trump was going to sweep away such a powerful «deep state» in just a few days? And how could they imagine that his first defeats would be enough to make him give up?
Over the last few years, this Security Conference has been a way for Germany to serve as a link between the United States and their European partners. This year, its only goal was to force the European leaders to confirm their allegiance to the deep US state, without taking into account either the will expressed by the US People, or the change in the White House.

A preparatory document, drawn up by the German organizers of the Conference, was handed to the participants. The Press was careful not to mention it. It contains an article by Volker Perthes, author of the Feltman plan for the total and unconditional capitulation of the Syrian Arab Republic. This eminent «expert» presents his vision of the «Greater Middle East», or rather the vision of the US «Continuity of Government».

1. [Even if we have not managed to remodel it,] this region will not be unaffected by the wars and the «Arab Spring». [We didn’t do all that for nothing].

3. While everyone is caught up in this false religious conflict, no-one is paying any attention to the Palestinian situation [for the greater benefit of the colonial state of Israel].

4. While the Europeans are unanimously tired of these bloodbaths taking place far from their homes, and hope for the long-awaited triumph of the Muslim Brotherhood, no-one in the Greater Middle East has yet admitted to having been beaten.

5. During the war in Syria, the alliances have continually been sealed and unsealed at the regional level, the latest of which was the pact between Russia, Turkey and Iran, which should not last [luckily] any longer than the others.

6. Syria and Iraq will not beat terrorism, and will not find peace other than by inclusive government [that is to say, by accepting to introduce al-Qaeda and Daesh into their governments].
7. All of this could only end, for all the populations of the Greater Middle East, by a major international conference during which the Westerners would determine their future, just as, at the Congress of Vienna (1814), the Quadruple Alliance decided the fate of the rest of the world.

Quite clearly, neither faced with the vote of the US People, nor the Resistance of the Arab Peoples, do the European leaders intend to change – they can only be dismissed by the European People.