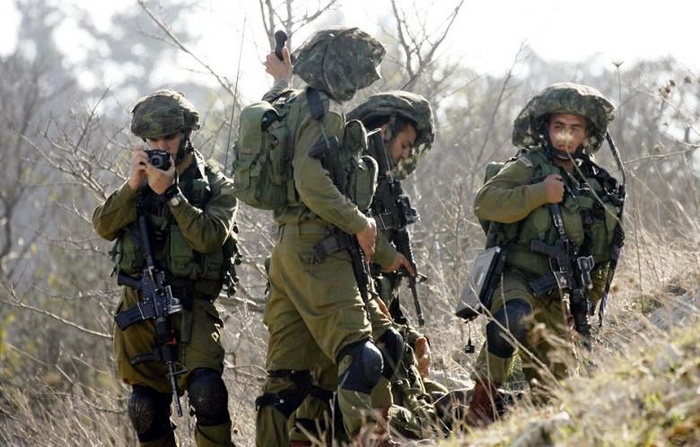 The IDF unites brought crew from the second Israeli television channel”, where the second channel aired” the video & a report on what it called the “infiltration” carried out by IDF unite & «militants» opposition”.

According to the channel’s report, this process” began after midnight, in one of the nights last week, where the IDF unite went to a hill overlooking to a village controlled by the group of «Jayesh Khalid bin Al-Waled» that is supported by IS «Daesh».

The IDF Unite documented the live ammunition Training near a village controlled by the «armed opposition» groups as an act of intervention to support the operation.

The report of the second Israeli Channel said that the task of the operation is to collect information from the ground regarding positions of all groups that fights in the area & the possibilities of threats on Israel by the IS «Daesh».

Many reports inside and outside Israel revealed, that Israel is maintaining links with militant groups fighting in the region, with reference to the regulations referred to by the Israeli army are fulfilled mostly either follow the «Fateh Al-Sham front» (Al-Nusra Front) and «Ahrar Al-Sham» movement.