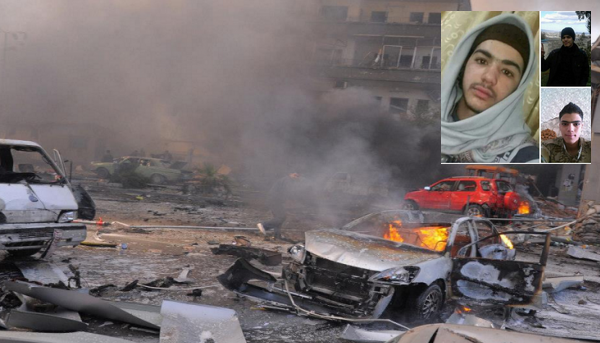 A social media and website pages for followers of Fateh Al-Sham fron (Al-Nusra Front) posted information and some pictures for some young men claiming them, the suicide attackers of the Syria Security building bombing last satuarday the 25th of February, that caused more than 42 killed.

the pages obituary those who done the attacks and add their names alongside their photos and their origin, Ahmed Al-Jazzar from Taybah Al-Imam Hama, Safi Qatyni from Khan Shaikhoon, Idleb and Abdulah Jamal.

The attacks took place in the City of Homs, by attacking the buildings of the Military intelligence Branch and the State Security Branch.

The operation was made by 6 Suicide attackers, each three sneaked into the Area of Al-Ghota and the other three to Al-Mahtah area in the middle of the city of Homs.