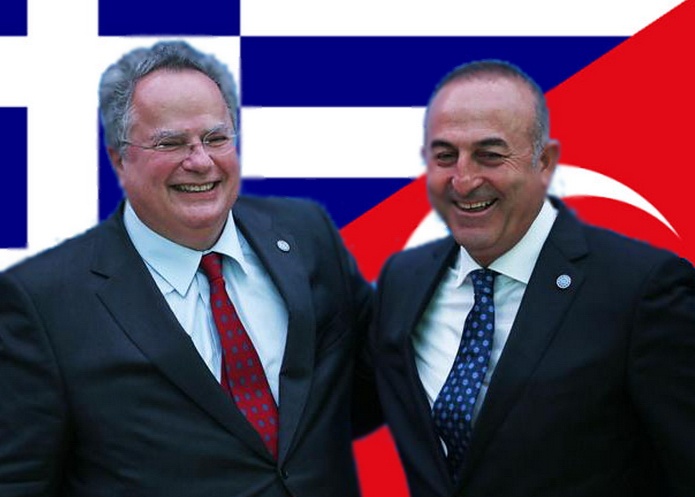 It seems that Turkey has begun to apply the «1001 problems policy» with its neighboring countries
Now the role for the tension between Greece and Turkey to rise again.

The issue started by the news of a visit by the Turkish Arm forces chief of staff General Hulusi Akar to the area of the Island Cardak which both countries fought years to obtain the area to be under their sovereignty.

It has been announced during the visit of the Turkish Chief of Staff to the area around the island, at a time of the visits news came out, the Greek Foreign Minister Nikos Kotzias issued a statement, denying the news of the visit, saying that «this visit has not been and cannot be carried out by the Turkish chief of staff, even if he wanted to, because it is a Greek island and under Greek sovereignty».

Once the Greek minister’s statement came, the response from the Turkish Foreign Minister Mouloud Jawish oglu, direct attacking the Greek Foreign minister, stressing that «the Turkish chief of staff if he wants to visit Cardak region he can do so and there is no one can prevent him from doing that», and he directly faces of his words to the Greek Foreign Minister Nikos Kotzias that «he must not forget that, we are able to go anywhere and whenever we want and when we want it and the position of the Turkish government about the Cardak is clear and well known».

He added that «the Turkish people are visiting Greece and the Greek people is visiting Turkey as well and thus on the Athens not to let such a «brazen child» (Greek Foreign Minister) to offend by his comments and ruin things up», adding that «Turkey does not enter into discussions with the likes of such mentalities and Greece should stop Review it’s force», adding that «Greece knows what the Turkish soldiers do when its necessary».

The conflict between Turkey and Greece is very long and complicated issue, with the conflict over the Cardak Island, is a very small issue inside the conflict book of the two NATO Countries.

The conflict the Cardak Island, was back to the mid-nineties after the incident of the anchoring of a Turkish ship on the cliff of the island of Cardak which is 4 nautical miles away from Turkey.

That time the Greek government announced that the Turkish ship docked in an area within the territorial waters of Greece which was exiled severely by the government of Turkey, which said that the area belong to Turkey.

Later on an initiative made by the US President Bill Clinton and NATO Secretary General Javier Solana to intervene to calm the situation between the two countries.